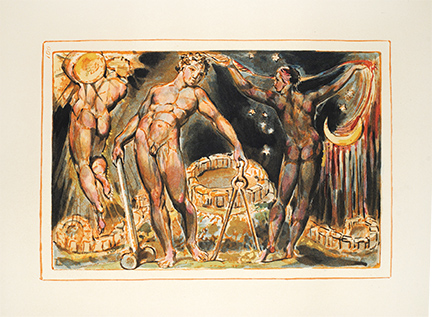 The William Blake Gallery presents William Blake In Color, a selection of plates from the Illuminated Books of William Blake (1951 – 1987) by the Trianon Press for the William Blake Trust. The exhibition reinvigorates the current William Blake market, entering over 2500 plates into the forum, as well as never-before-seen personal archives by Arnold Fawcus, the renowned founder of Trianon Press. Each plate is priced between $50 and $500, and in doing so, The William Blake Gallery seeks to accommodate the widespread and multi-generational interest in Blake—countering the notion that Blake’s work is predominantly reserved for museums, institutions or established collectors. Approximately 50 plates will be on view with access to an additional 2000 in the gallery’s extensive library.

In 1949 the William Blake Trust commissioned the Trianon Press to create facsimiles of the Illuminated Books of William Blake as a means to create deeper public awareness of the artist. Under the direction of Arnold Fawcus, the founder of Trianon Press, the craftsmanship of the books drew critical acclaim. Fawcus assembled a crew of elderly skilled craftsmen in Paris to perform laborious antiquated printing processes involving collotype and pochoir—a stencil-based technique used to hand-color prints, characterized by crisp lines and brilliant colors; the resulting images have a freshly printed or wet appearance. The near indistinguishable facsimiles mirror Blake’s original printing processes between 1789 and 1826. By the late 1980’s the Trianon Press facsimiles had themselves become rare books.

In 2016 San Francisco-based antiquarian bookseller John Windle seized the rare opportunity of acquiring every single Blake Trust Trianon Press book as well as a collection of personal notes and proofs by Fawcus created during the monumental printing initiative. As the holder of the largest collection of available Blake work in North America, Windle creates a new opportunity in the Blake market by introducing the massive influx of prints to the public. The William Blake Gallery celebrates this release with William Blake in Color, and continues the Blake Trust’s mission of broadening awareness among new generations of Blake enthusiasts. 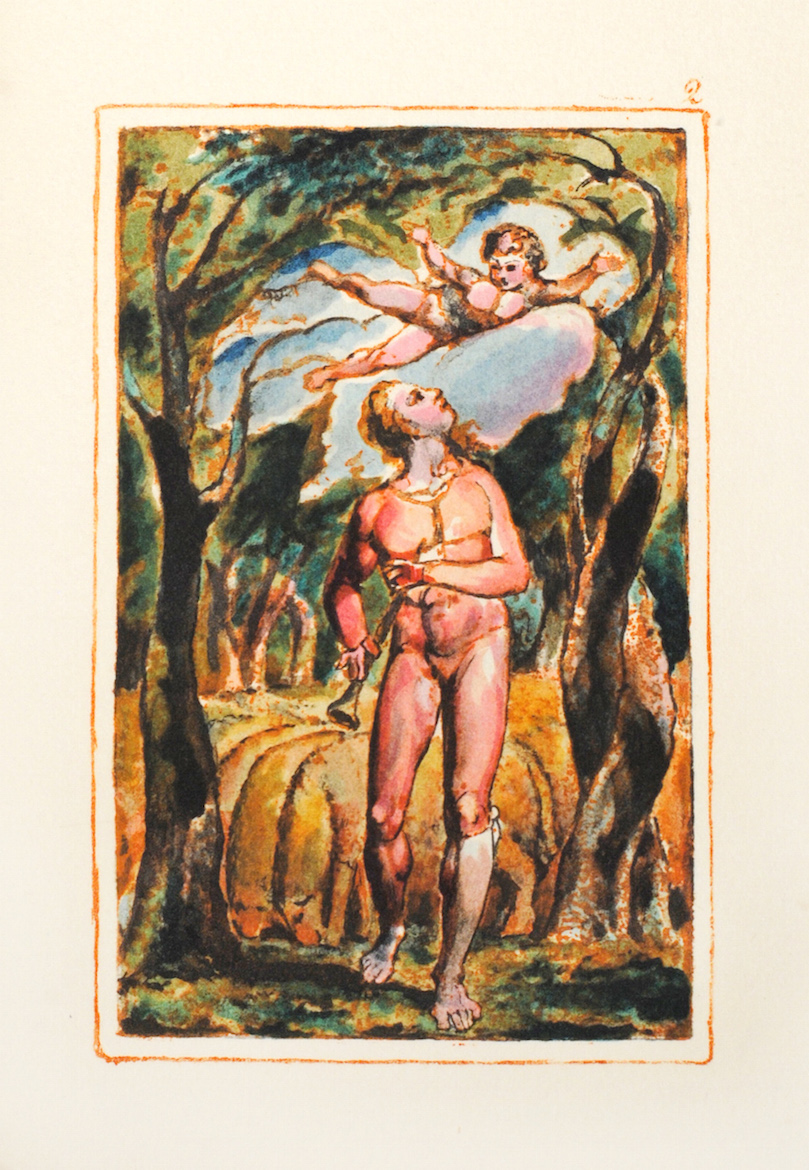 “Recently I was fortunate enough to acquire every Blake Trust Trianon Press book. Now, with the acquisition of some 2500 loose plates deriving from virtually all of Blake’s major works, we can offer a greater accessibility to the new enthusiasts of Blake’s iconography. We hope that bringing this opportunity to the public at large will help spread the passion we have for William Blake, the most iconic poet, printer, and prophet in the history of British art.”

For more information about the gallery, visit: www.williamblakegallery.com