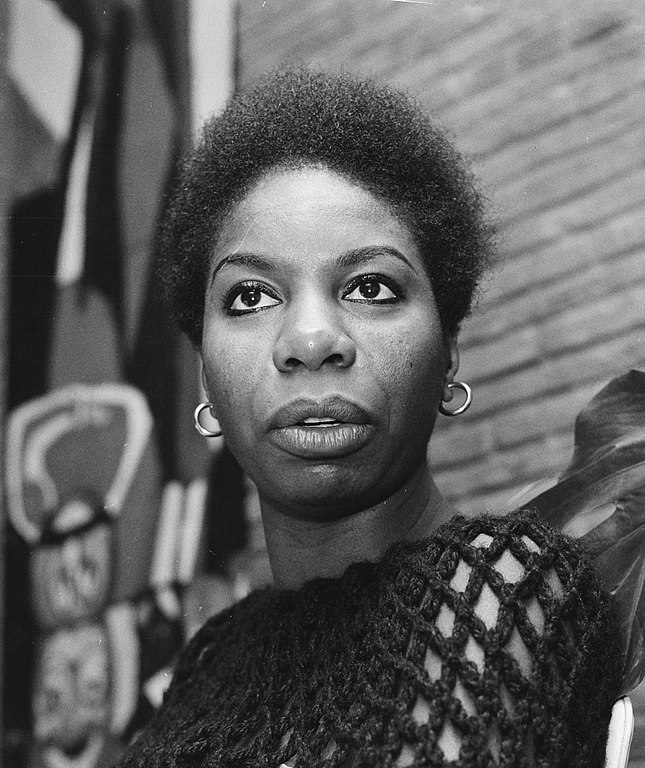 Born Eunice Kathleen Waymon on February 21st, 1933 in Tryon NC, Nina Simone was the sixth of eight children. She started playing piano by ear at the age of 3, and church organ by 7. She dreamed of becoming the first black concert pianist in the United States and gathered supporters in her small North Carolina town. During her first recital at 12 years old, Simone took a stand against the racial injustices of the Jim Crow South and refused to play until her parents were moved from the back row to their rightful place in the front.

Simone attended Allen High School for Girls, a private school for black girls in Asheville, N.C., then went on to study music the summer of 1950 at Julliard, while applying for a scholarship at the prestigious Curtis Institute of Music in Philadelphia. Simone’s parents relocated to Philadelphia with the expectation that Nina would be admitted to Curtis, but despite a strong audition, she was denied. She blamed the rejection on racism, and it further fueled her passion for Civil Rights.

Simone began to play clubs in Atlantic City for income, where singing along with playing the piano made her more money. To avoid the embarrassment of her religious family she adopted her stage name in 1954: Nina – a boyfriend’s nickname of ‘little one’ in Spanish, and Simone, for the French actress Simone Signoret.

Her first album, Little Girl Blue; Jazz as Played in an Exclusive Side Street Club, was recorded in 1958. Simone still hoped to become a classical concert pianist and signed away all her rights to the songs on the album for $3,000, eventually losing a million dollars of royalties because of the deal. Simone didn’t believe that Bethlehem Records promoted her enough so she left them for Colpix Records, recording Nina Simone at Town Hall in 1959. In 1964 she left Colpix for Dutch Philips and began to address racism injustice in her songs with ‘Mississippi Goddam,’ her response to the murder of Medgar Evans and the bombing of the 16th Street Baptist Church in Birmingham, Alabama:

She went on to record other powerful songs such as Four Women, and Young, Gifted, and Black, a tribute to her friend Lorraine Hansberry that also became an anthem of the Civil Rights Movement.

Over her lifetime Simone recorded over forty albums, mostly between 1958 and 1974, and became known as the High Priestess of Soul, releasing an album under that title even though she herself didn’t like to be labeled as an artist. She was known for her deep contralto and for her unique music inspired by Classical, Jazz, Blues, Gospel, Spirituals, Pop, and R&B – her music reaching across genres and too deep to file into any specific category.

Simone was known for being boldly outspoken – personally and socially.

In the 1970s and 1980s, she lived mostly abroad, in Liberia, Barbados, England, Belgium, France, Switzerland and The Netherlands. During this time she struggled with mental health and financial issues. Her career enjoyed a resurgence in the 1980s after Chanel used her song My Baby Just Cares for Me in a 1987 perfume ad. She penned an autobiography; I Put a Spell on You that was published in 1991.

Several documentaries about Simone’s life have been released in the past few years, including The Amazing Nina Simone, and What Happened, Miss Simone, in 2015, the latter of which was accompanied by a book of the same title published in 2016 by Alan Light. A biopic called Nina was released in 2016 but quickly came under fire by critics and the estate of Nina Simone, who, in modern-day boldly brash Simone fashion, told the lead actress to “… please take Nina’s name out your mouth. For the rest of your life” via Twitter.

Simone is a 2017 nominee for induction into the Rock and Roll Hall of Fame.