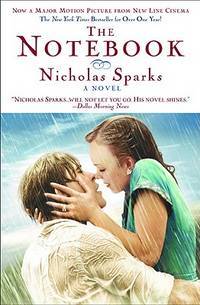 Cheesy, but beloved by many.

Valentine’s Day is a happy occasion for some and less so for others – if you aren’t seeing enough roses, chocolates, and unbearably fancy dinners headed your way today, here’s a few romantic reads to delve into.

1. Dear John, A Walk to Remember, The Notebook: take your pick of Nicholas Sparks’ books. Eleven of his nineteen best-selling novels have been turned into films, so although they may be easy to criticize, something about them makes them undeniably popular.

2. Doctor Zhivago: Boris Pasternak won the Nobel Prize for Literature following the publication of this book in 1957 after the manuscript was smuggled from the USSR to Italy. The love story between Yuri and Lara during the Russian Revolution was further immortalized in film in 1965.

3. Pride and Prejudice (Jane Austen), Jane Eyre (Charlotte Brontë), Wuthering Heights (Emily Brontë): Yep, I just lumped all of those together, just like I did with everything Nicholas Sparks. These titles make up a niche of undeniably popular romantic literature!

5. P.S. I Love You by Irish writer Cecilia Ahern (2004) is about a married couple, Holly and Gerry, who live in Dublin. After Gerry dies suddenly from a brain tumor, Holly finds a package of envelopes from Gerry, one for each month following his death, that fill her with encouragement to rediscover her life.

6. The Fault in Our Stars by John Green First was published in January 2012. The novel takes it’s title from Shakespeare’s Julius Caesar and tells the story of Hazel Grace Lancaster, a 16 year old with terminal cancer, who falls in love with Augustus Waters, a boy in her cancer support group. Collectors Note: Author John Green promised to sign every book that was pre-ordered – resulting in his signing all 150,000 first edition books.

7. Indigo: Beverly Jenkins is an American author of historical and contemporary romance novels with a particular focus on 19th century African-American life. Indigo is a romance published in 2014 about love on the Underground Railroad.

8. Outlander, by Diana Gabaldon, is about a young Englishwoman named Claire Beauchamp Randall who visits the Scottish Highlands with her husband in 1946 after they’ve both served in WWII. Once there, she’s transported back into 1743, where she falls in love with a man she is forced to marry. The first in a series of multi-genre novels from Gabaldon, Outlander is described as historical fiction, romance, adventure and science fiction/fantasy.

9. Eleanor & Park by Rainbow Rowell is a story of first love between misfit teens set in 1986 amidst a backdrop of mixed tapes and comic books.

10. Gone with the Wind (1936) by Margaret Mitchell, which tells the story of Scarlett and Rhett’s turbulent love during the Civil War is a classic, even if Scarlett is selfish and Rhett is a rake.