An early Dr. Seuss cartoon has gone viral for the second time in recent years. First used as a condemnation against international inaction regarding the crimes against humanity in Syria in 2015, the cartoon has more recently been used to oppose the detention camps on the US-Mexico border, where children are being separated from parents seeking asylum in the United States.

The cartoon is powerful and profound, and Snopes even dedicated a post to verify its legitimacy. 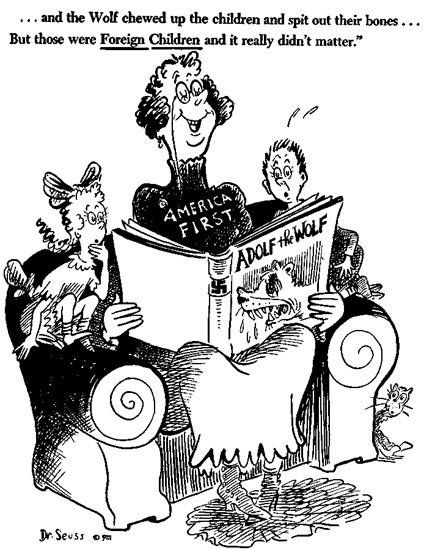 Theodore Seuss Geisel was born March 2, 1904, in Springfield, Massachusetts, to first-generation German Americans. Growing up, Seuss was aware of anti-German sentiments in the United States, especially after the US declared war on Germany in 1917. He began using the pseudonym ‘Seuss’ at Dartmouth College in the 1920s where he was editor of the school’s humor magazine. Later, while attending Oxford University in England, Seuss decided to become an artist instead of a literature professor. He returned to the United States in 1927 and settled in New York City with his future wife Helen, working as a cartoonist and advertising artist. 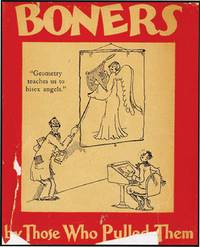 In 1931, Viking Press published a set of four books full of anecdotes and jokes and illustrations by Seuss, entitled Boners, More Boners, Still More Boners (illustrated by Virginia Huget), and Prize Boners of 1932 (illustrated by Virginia Huget). A Pocket Book of Boners, the compilation of these was published in 1941, was one of the bestselling paperbacks during that time, with 1.34 million copies in print by 1945. 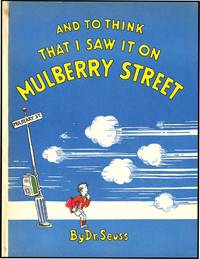 After receiving at least 20 rejections from publishers, Geisel published his first children’s book – And to Think I Saw it on Mulberry Street in 1937, and in the years leading up to WWII he published multiple others: The 500 Hats of Bartholomew Cummins (1938), The Seven Lady Godivas (1939), The King’s Stilts (1939), and Horton Hatches the Egg (1940). 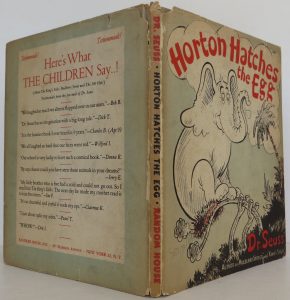 During the War, Seuss took a break from writing children’s books, and from 1941 to 1943 served as the chief editorial cartoonist for the New York newspaper PM, where his cartoons denounced isolationism and anti-Semitism. During his two-year stint at PM Seuss penned over 400 cartoons, many of which included racist Japanese caricatures that served as wartime propaganda.

In 1943, Seuss joined the Army as a Captain where he was commander of the Animation Department of the First Motion Picture Unit of the United States Army Air Forces. In addition to writing the Private Snafu series of adult training films, he also wrote the propaganda films Your Job in Germany, and Our Job in Japan used to educate and motivate the troops. After the war, Seuss, along with his wife Helen, wrote Design for Death, a commercial film based on Our Job in Japan. Design for Death showed how the Japanese military used religion, education, and traditions to assume power and control the populace, eventually leading to war. The film won the 1947 Academy Award for Best Documentary Feature.

Seuss was far from perfect. Many of the cartoons from his college years depict anti-Semitic and racist stereotypes, and even later cartoons in PM were racist towards the Japanese, but it’s evident his work evolved, and through his later children’s books he stressed themes of inclusion and tolerance, without being heavy-handed and or condescending with overt morality lessons. 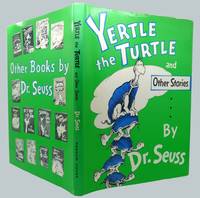 Yertle the Turtle and Other Stories (1950) was one of Seuss’s first stories published after the war. It was reportedly inspired by Adolph Hitler and the Nazi invasion of Europe, illustrating Seuss’s reaction against the fascism and authoritarian rule that created so much destruction during the War. 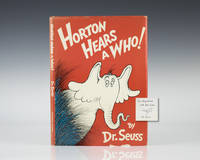 Horton Hears a Who (1954) was dedicated to Mitsugi Nakamura, dean of Doshisha University, where Seuss visited in 1953 to research an article for Life Magazine. Seuss was inspired by the children of Japan and how the country was emerging after the War. Although he vehemently opposed the Japanese during the war, his change of heart is illustrated in this tale and the inclusive maxim of Horton the elephant: “A person’s a person no matter how small.” 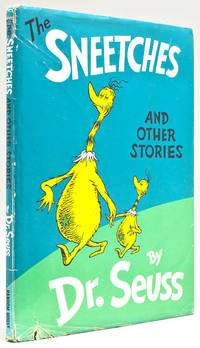 Published during the American Civil Rights era, The Sneetches and Other Stories (1961) was at its core a story against racial prejudice and anti-Semitism.

In 1964, Seuss’s wife and long-time collaborator became ill with Guillain-Barré Syndrome. During her illness, Seuss began an affair with Audrey Stone Dimond, a family friend who was married with two daughters. In 1967, Helen killed herself, and in 1968 Seuss married Dimond, who reportedly suggested he broaden his writing inspire all of humanity, not just children. Seuss came out with such books as The Lorax (1971) which illustrates the importance of caring for the environment and fighting destructive industrial practices. One of Seuss’ most inspiring quotes comes from The Lorax:

“UNLESS someone like you care a whole awful lot, nothing is going to get better. It’s not.” 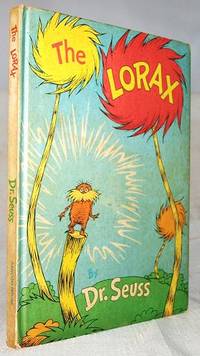 The Butter Battle Book (1984) was a pretty blatant warning about the futility of an arms race. 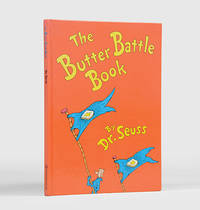 The last book Seuss wrote before dying was Oh the Places You’ll Go! (1990) is still a favorite graduation present for students from kindergarten through college, inspiring people to be true to themselves, and motivating them to get on their way.’ 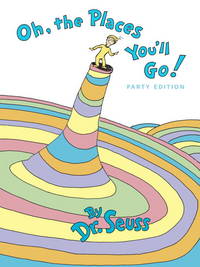 It’s clear that Dr. Suess underwent a significant personal evolution, and the world is a better place for it. And in these times of turmoil and dread, his work is more important than ever.

In 2021, Dr. Seuss Enterprises, the company responsible for preserving and protecting the legacy of Theodor Geisel, announced that six of the author’s classics — all of which have been explicitly named among those with damaging depictions of race — will no longer be published.

The six books include And To Think I Saw it On Mulberry Street, If I Ran The Zoo, McElligot’s Pool, On Beyond Zebra!, Scrambled Eggs Super!, and The Cat’s Quizzer.