Pumpkin Moonshine is Best Shared with the Whole Family

Don’t worry, Biblio hasn’t pivoted towards the illegal still industry. Pumpkin Moonshine is an adorable children’s book authored and illustrated by the famed Tasha Tudor. Just in time for Halloween, your little trick-or-treaters will love the story and illustrations featured in this timeless tale of adventure and mischief. Pumpkin Moonshine tells the story of Sylvie Ann, a rambunctious child who goes searching for the perfect pumpkin moonshine, more commonly known as a jack-o-lantern. Hi-jinks ensue, and everyone has a great time. 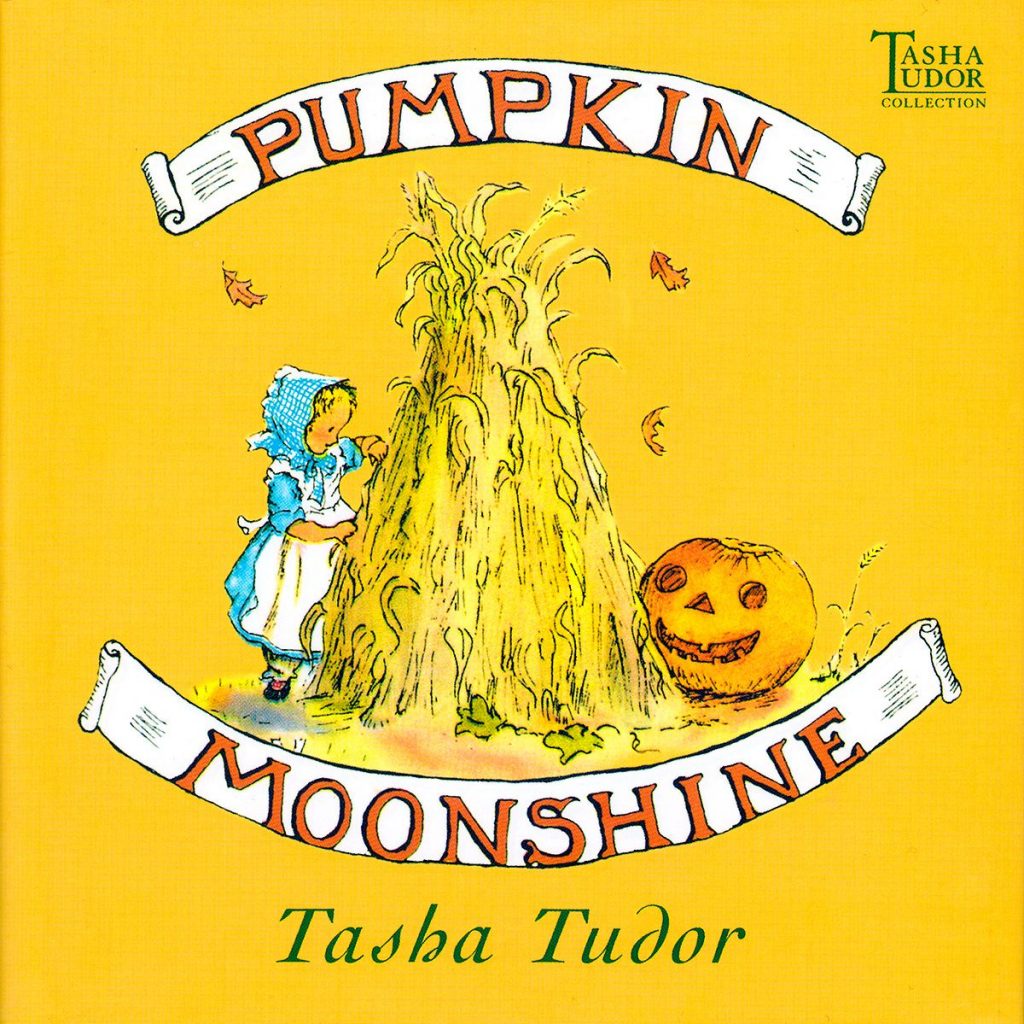 The appeal of Pumpkin Moonshine is perfectly captured by the illustrations and attention to detail, which is credited entirely to Tudor. Tudor lived her whole life in the American North East and was very attached to living a simple life based on the land. She was a celebrated children’s author and illustrator, winning runner-up honors for two Caldecott Medals for her work in illustrated children’s literature. She was awarded the 1971 Regina Medal for her achievements and contributions to children’s literature. She authored and illustrated several books of her own, and she lent her illustrating expertise to other children’s books as well.

Pumpkin Moonshine was Tudor’s first published work and holds a special place in her collected works because the protagonist, Sylvie Ann, is based on Tudor’s own niece named Sylvie Ann. Sylvie Ann even modeled for the illustrations.

The first edition, first printing of Pumpkin Moonshine were printed in polka-dot calico covers, and is considered the first of five titles known as the “Calico Series”. While the book has had numerous editions printed, the most collectible copy has to be a copy dedicated to the real Sylvie Ann from Tasha Tudor. The copy comes complete with letters signed by Tudor written to Sylvie Ann. Of course, there are other collectible and more affordable copies, including later edition board books. 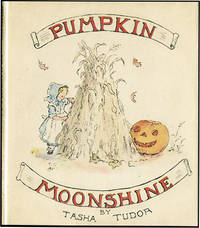 Whether you’re looking for a great reading copy for your kid or a fantastic edition for your children’s literature collection, Pumpkin Moonshine would be a great find. And if you can pair the book with the beverage, all the better!