One of the greatest gifts you can give a child is the love of reading and the appreciation of books. It is particularly wonderful to share a book that was important to you when you were small!

One of the greatest gifts you can give a child is the love of reading and the appreciation of books. It is particularly wonderful to share a book that was important to you when you were small!

Outside of sentimental value, there are many familiar books that are quite valuable in their first edition. With all children’s literature, the trick is to find a copy that hasn’t been torn, colored in, or chewed to bits by a rambunctious young reader.

Here are our picks for the top five collectible children’s books that you should have in your collection:

The Little Engine That Could 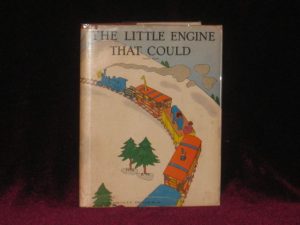 The Little Engine that Could was published in 1930 by Platt & Munk. The story appeared in multiple versions before this publication, including an early published version that appeared in the New-York Tribune on April 8, 1906 as part of a sermon, entitled “Story of the Engine that Thought it Could,” and as “The Little Engine That Could” in a 1920 collection entitled “My Book House.” The most well-known version was retold by ‘Watty Piper,’ the pen name of Arnold Munk who owned the Platt & Munk publishing firm. In 1954 Platt & Munk published another version with revised language and more colorful illustrations by George and Doris Hauman. 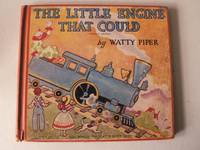 The 1976 version with artwork by Ruth Sanderson is also an important edition. 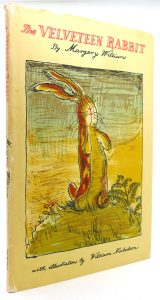 First published in 1922, The Velveteen Rabbit was written by Margery Williams and illustrated by William Nicholson. The story is of a stuffed rabbit’s quest to become real through the magic of love. The rabbit is at first discarded, but later become the boy’s favorite toy. After the rabbit’s boy contracts scarlet fever and is removed from the house the stuffed rabbit is supposed to be destroyed, but while contemplating her time with the child and love for him she sheds a real tear and is transformed into a real rabbit. 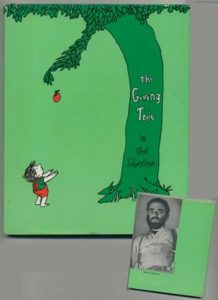 First published in 1964 by Harper & Row, The Giving Tree is one of by Shel Silverstein’s best-known titles, although initially, he had difficulty publishing the book. Considered by some to be too sad for children and too simple for adults, Harper & Row only ran 5000-7500 copies of the first edition. Today it is on many top 100 lists for children and has been translated into numerous languages. First editions are noted with “Price $2.50” on the dust jacket flap, and have a picture of Shel Silverstein on the top left half of the back, featuring his entire torso and a full head of hair. 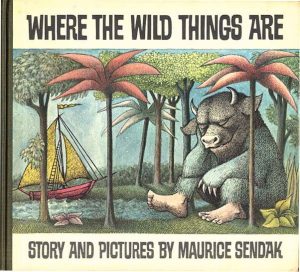 Published in 1963, Where the Wild Things Are, written and illustrated by Maurice Sendak, has sold over 19 million copies. The entire story is only 338 words and tells the story of Max, who, dressed in a wolf costume and being wild, gets sent to bed without supper. Through vivid illustrations, Max sails away from home to an island inhabited by huge ‘Wild Things’ of which he becomes king. After his romp through the island, Max becomes lonely and returns home to find a warm supper waiting for him. It was awarded the Caldecott medal in 1964. First editions will have no mention of the award, and a true first edition, first issue, can run over $20,000. 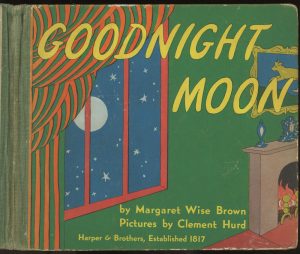 Written by Margaret Wise Brown and illustrated by Clement Hurd, Goodnight Moon is a classic children’s book published in 1947. It is considered one of the best bedtime stories and it is an easy board book for babies to follow. The story is a simple rhyme of telling a room “good night” in 130 words. The book sold only 6,000 copies the first year of publication and by 1953 it was selling less than 1,500 copies a year and was in danger of going out of print.  Today, this classic is a bestseller. In 2017, over 800,000 copies were being sold annually, with an estimated 48 million total sold worldwide.