Feeling nostalgic for the eighties and nineties? Caught up on Stranger Things and The Dark Crystal and need a fix? We have the perfect book list for you crazy kids who were born between the early 1980s to mid-1990s. 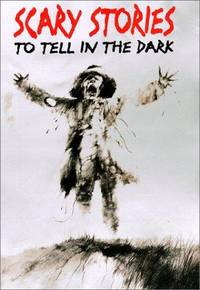 1. Scary Stories to Tell in the Dark, written by Alvin Schwartz and illustrated by Stephen Gammell, are a collection of stories based on folklore and urban legends. The first in this book series was published in 1981 – the cusp of the millennial generation. Scary Stories to Tell in the Dark contains 29 stories, including “The Big Toe”, “The Thing”, “The Haunted House”, “The Hearse Song”, “The Dead Man’s Brains”, “The Hook”, “High Beams”, “The Babysitter”, “The Viper”, and “The Ghost with the Bloody Fingers”. More Scary Stories to Tell in the Dark was published in 1984 and contains 28 stories, including “Something was Wrong”, “One Sunday Morning”, “The Little Black Dog”, “The Bride”, “The Drum”, “Oh, Susannah!”, “The Bed by the Window”, “The Church”, “Cemetery Soup”, and “Thumpity-Thump”. Scary Stories 3: Tales to Chill your Bones was published in 1991. This third and final book contains 25 stories, including “The Appointment”, “Harold”, “The Dead Hand”, “The Dream”, “Sam’s New Pet”, “The Red Spot”, “No, Thanks”, “Is Something Wrong?”, “T-H-U-P-P-P-P-P-P-P!”, and “You May Be Next…”.

This series was just released as a film in summer 2019, and while it was scary enough, it simply can’t compare to the experience of a six-year-old reading them under the blankets with a flashlight and trying not to scream out loud! 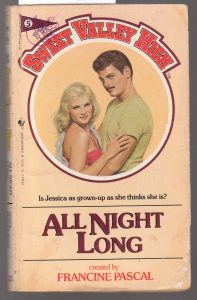 2. The Sweet Valley High book series, created by Francine Pascal, was published from 1983 until 2003 and included 603 books, including many spinoffs including Sweet Valley Twins about their middle school years, Sweet Valley University, and a TV show that ran from 1994-1997. The stories centered around the Wakefield twins; Jessica, the popular shallow twin, and Elizabeth, the smart sensible one. The first book, Double Love, starts the saga of the twins and their high school drama. 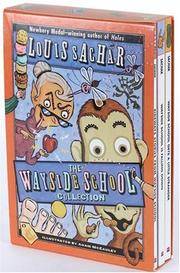 Younger kids may know Sacar from Holes, which won the National Book Award for Young People’s Literature in 1998 and the 1999 Newbery Medal, and was made into a movie starring Sigourney Weaver, John Voight, Patricia Arquette and Shia LaBeouf in 2003. 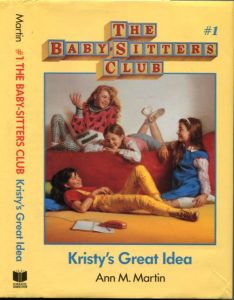 4. Are you a Kristy, a Mary Anne, a Claudia, or a Stacey? The Baby-sitter’s Club started with Kristy’s Great Idea in 1986, and was published through 2000, telling the story of four teens who lived in Stoneybrook, Connecticut and their adventures in babysitting. Ann M. Martin wrote the first 35 books in the series that sold 176 million copies, and a total of 213 novels published in the series (subsequent written by ghost-writers) and multiple spin-offs including Baby-Sitters Club Mysteries, Baby-Sitters Little Sister, and The Baby-Sitters Club Friends Forever. There was also an HBO series in 1990, and a film released in 1995. The Scholastic website has a printable checklist of all the Baby-Sitters Club titles! 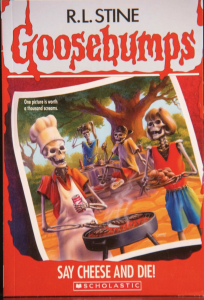 5. Goosebumps was a Scholastic book fair day favorite of many of my peers. From 1992 to 1997, sixty-two books by R. L. Stine were published for the spooky-minded kids who probably also watched “Are You Afraid of the Dark” on Nickelodeon long before the Goosebumps TV series or films were released. The tales of suspense and horror are more campy than directly violent or gory, with the young protagonist of each novel always coming through. They are great books for kids who like to be scared, but not TOO scared. There’s a fandom page with a full list of Goosebumps titles if you want to take a trip down memory lane!

Did we feature your favorites? What did we miss?