Home Rare Books Poetry More Rare Books from Paul Haynes Rare Books All the talents; a satirical poem in four dialogues. To which is added, a Pastoral Epilogue. 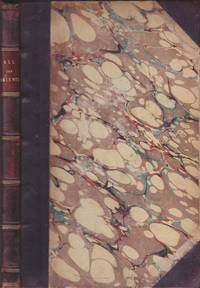 All the talents; a satirical poem in four dialogues. To which is added, a Pastoral Epilogue.

All the talents; a satirical poem in four dialogues. To which is added, a Pastoral Epilogue.

Provenance: Bookplate of B. Haigh Allen to fep. Signature of Bn. Haigh to title. Yorkshire financier, Benjamin Haigh Allen (1792-1829) was a personal friend of William Wilberforce and campaigner for abolition.

Barrett, Eaton Stannard (1786–1820) poet, satirist. 'All the talents' is a political satire of the Whig coalition. Published parts, the later 'editions' were augmented by further dialogues. This is the first edition of the complete work.

"The coalition government formed in February 1806, following Pitt's death. Supposedly embracing 'All the Talents', it was composed of the followers of Lord Grenville and Charles Fox, bolstered by those of Lord Sidmouth (Addington). The resignation of the Talents in March 1807 was precipitated by George III, who rejected a limited measure of catholic relief and demanded that this question never again be raised. This change‐over did not, however, destroy the Talents' greatest achievement: the abolition of the slave trade in May 1807." Oxford Reference.

We hope to describe items accurately, and any purchase may be returned if it does not correspond with the description, on condition that postal arrangements for return are confirmed as soon as possible with us in advance of return.
30 day return guarantee, with full refund including original shipping costs for up to 30 days after delivery if an item arrives misdescribed or damaged, when reported promptly upon receipt. All items are fully insured during transit, a signature may be required on delivery. Heavier items and multi volume sets may incur a commensurate increase in the postage cost.

Regrettably, customers may find that there may be delays in delivery due to the current situation. We regret that we cannot be responsible for taxes or duties imposed in the customer's country.

Seller rating:
This seller has earned a 5 of 5 Stars rating from Biblio customers.
Biblio.com member since 2016
Hay on Wye, Herefordshire
Ask Seller a Question

octavo
Another of the terms referring to page or book size, octavo refers to a standard printer's sheet folded four times, producing... [More]
First Edition
In book collecting, the first edition is the earliest published form of a book. A book may have more than one first edition in... [More]
Marbled boards
... [More]
bookplate
Highly sought after by some collectors, a book plate is an inscribed or decorative device that identifies the owner, or former... [More]
calf
Calf or calf hide is a common form of leather binding. Calf binding is naturally a light brown but there are ways to treat the... [More]