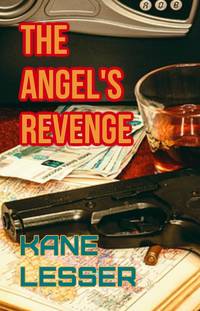 9 Copies Available from This Seller

The welcoming beauty of the Aegean Sea, Robbie's tantalizing company, and the exquisite luxury yacht on which they traveled. It was there were Breck confessed the dark secret of his actions. His dirk's blade glimmered with the blood of his slaughtered brothers, their final spirit he saw lift from their bodies as he'd sliced them open. Desperate to end the reign of terror, his murderous actions did nothing to quell the horror yet to come. The sighting of his estranged father, the exsanguination of the boat's captain were the Apocalyptic signs that the worst was awaiting them.

Remarkable turns of events dashed all hope of Breck and Robbie returning to Chicago. Once again seeking shelter at Jean-Philippe's French chalet, Breck swore Nobel to the secrecy that they would meet Jean-Philippe at the alternative hideout. But when the Frenchman unexpectedly arrived in Chicago to surprise Breck at his expected return, it was only kidnappers that greeted his landing. They demanded all of it - the $100 million dollars that Breck's mother had willed him upon her untimely death. It was that or the elimination of Jean-Philippe. No negotiation was to be had.

Only Al could have orchestrated this heinous plan, executed to near-perfection. Had he repeated the action nearly 20 years after the disappearance of his family? It was of little consequence. Tracking Al to the Welsh racetrack, Breck quickly learned of their family's sinister historical tale, spun yarns that unleashed generations of revenge and retaliation. It was not identical blood that coursed their veins and before Breck slit the imposter's throat with his own dagger, Al claimed innocence to his own grandchildren's kidnapping.

Determined to free his friend and confront the unknown demons, Breck fights his fear to face the threats that his Chicago home and playground now posed. With the military skills of his Uncle Gracie fortified, the extraction and defense were well underway. Their homecoming and release of Jean-Philippe would unveil the mysteries of his children's disappearance and even more questionable reappearance.

But the aching question persisted: who were the men they'd killed? And who was still deathly determined to capture the blood money?

From the author who brought you her debut novel, The Angel's Lounge, comes the subsequent thriller, The Angel's Revenge.

Kane Lesser's first novel catapulted an extraordinary career in which she has been quickly recognized as an exceptionally talented writer. In addition to this being her third novel published, Kane has earned award-winning recognition for her fictional short stories and her debut novel was voted as one of 2017's Best Reads by Wild Sound Festival. Her online blog at www.kanelesser.com has reached and humored readers worldwide. Kane Lesser is a native Midwesterner who has recently relocated to the Austin, Texas area to immerse herself in the food and music culture of the city as she continues to write.

Her interests in wine, cars, fashion and travel highlight and enhance her narrative thrillers. A worldwide traveler, Lesser previously lived on the small Channel Island of Guernsey and incorporates her many experiences into stories that have culminated over decades.