Rare books Hunting and Fire Arms More Rare Books from Paul Haynes Rare Books The Book of Archery, being the complete history and practice of the art, ancient and modern, interspersed with… 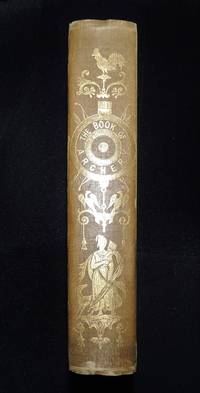 The Book of Archery, being the complete history and practice of the art, ancient and modern, interspersed with numerous interesting anecdotes, and an account of the existing toxophilite societies.

The Book of Archery, being the complete history and practice of the art, ancient and modern, interspersed with numerous interesting anecdotes, and an account of the existing toxophilite societies.

George Agar Hansard (1796–1876) "Gwent Bowman". Author, gentleman and sportsman. The legendary Gwent Bowmen are regarded as the finest of all, evidenced by their victory at the Battle of Agincourt. The Agincourt roll of honour can be seen at Brecon Cathedral.

sunned
Damage done to a book cover or dust jacket caused by exposure to direct sunlight.  Very strong fluorescent light can cause...[more]
half title
The blank front page which appears just prior to the title page, and typically contains only the title of the book, although, at...[more]
Cloth
"Cloth-bound" generally refers to a hardcover book with cloth covering the outside of the book covers. The cloth is stretched...[more]
gilt
The decorative application of gold or gold coloring to a portion of a book on the spine, edges of the text block, or an inlay in...[more]
edges
The collective of the top, fore and bottom edges of the text block of the book, being that part of the edges of the pages of a...[more]
spine
The outer portion of a book which covers the actual binding. The spine usually faces outward when a book is placed on a shelf....[more]
G
Good describes the average used and worn book that has all pages or leaves present. Any defects must be noted. (as defined...[more]