Home Scene of the Crime Books, IOBA The Dain Curse 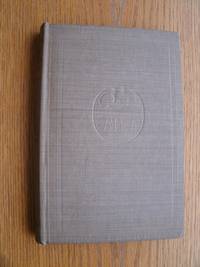 Dashiell Samuel Hammett was born in St. Mary’s County. He grew up in Philadelphia and Baltimore. Hammett left school at the age of fourteen and held several kinds of jobs thereafter—messenger boy, newsboy, clerk, operator, and stevedore, finally becoming an operative for Pinkerton’s Detective Agency. Sleuthing suited young Hammett, but World War I intervened, interrupting his work and injuring his health. When Sergeant Hammett was discharged from the last of several hospitals, he resumed detective work. He soon turned to writing, and in the late 1920s Hammett became the unquestioned master of detective-story fiction in America. In The Maltese Falcon (1930) he first introduced his famous private eye, Sam Spade. The Thin Man (1932) offered another immortal sleuth, Nick Charles. Red Harvest (1929), The Dain Curse (1929), and The Glass Key (1931) are among his most successful novels. During World War II, Hammett again served as sergeant in the Army, this time for more than two years, most of which he spent in the Aleutians. Hammett’s later life was marked in part by ill health, alcoholism, a period of imprisonment related to his alleged membership in the Communist Party, and by his long-time companion, the author Lillian Hellman, with whom he had a very volatile relationship. His attempt at autobiographical fiction survives in the story “Tulip,” which is contained in the posthumous collection The Big Knockover (1966, edited by Lillian Hellman). Another volume of his stories, The Continental Op (1974, edited by Stephen Marcus), introduced the final Hammett character: the “Op,” a nameless detective (or “operative”) who displays little of his personality, making him a classic tough guy in the hard-boiled mold—a bit like Hammett himself.

You can return any item up to 30 days of delivery. Please contact me if your not happy with a book and we'll work it out.

Seller rating:
This seller has earned a 5 of 5 Stars rating from Biblio customers.
Biblio.com member since: 2005
St. Catharines, Ontario
Ask Seller a Question

About Scene of the Crime Books, IOBA

My wife and I have been operating Scene of the Crime Books since 1996. In 2004 we attempted to go against the market and open a storefront on Oakville Ontario. In August 2006 we closed the brick and mortar and humbly went back to just internet. We now do internet and appointment only through our home. So if you're in our neighborhood let us know 24 hours ahead of time. Thank you. Don Longmuir