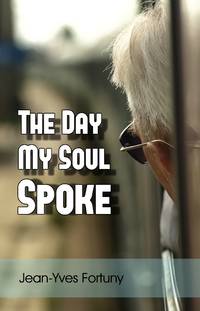 The Day My Soul Spoke

The Day My Soul Spoke

At the age of sixty-five years old, Anselme is a retired nurse. Like everyone else, he's his fair share of difficulties, and now he aspires to live a quiet life with his wife, Constance. But this year promises to be different than those before it, and a plot revolves around him: a mysterious invitation is sent to him, asking him to come to Paris during Christmastime. The invitation says nothing about the purpose of this journey, which will lead him from discovery to discovery, and which will radically change the rest of his life.

I wrote only for myself. The story stayed in my mind for many years. Why? That, I don't know; it was probably an interpretation of the life I had elaborated in my mind during all this time. As time passed, I thought of the story omre and more; it had come to the point where there were so many questions that I had no choice but to find the answers. So, one fine morning, I decided to write this story.

This was necessary; it was one of those days where renewal, where feelings of "Why not?", were called for. At my job, when I was waiting for a client, I had time to kill—a little more than an hour. Convinced that this moment would come, whether sooner or later, I had planned ahead, and had bought a few notebooks. I opened one of them, and put pen to paper...

Fair
is a worn book that has complete text pages (including those with maps or plates) but may lack endpapers, half-title, etc....[more]
fine
A book in fine condition exhibits no flaws. A fine condition book closely approaches As New condition, but may lack the...[more]