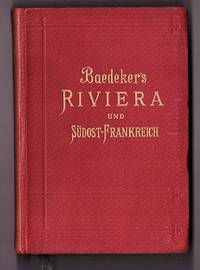 The signature Von Sommerfeld may be of some interest, and worthy of further research, as the full cognomen is uncommon. (Constantin von Summerfeld, brother of Hans, the other candidate for this signature died in 1940).Hans Von Sommerfeld German Lieutenant General of the Wehrmacht. Born Madgeburg 7th Jan 1888. Born into a military family, during WW1 he received both the Iron Cross (first and second class) and the Knight's Cross of the Royal Order of Hohenzollern, as well as other awards. Member of the Johanniter Order.

The date 21.4.47 is written on the rep. It is recorded that von Sommerfeld was not released as US prisoner of war until 1947. Following the end of the war, British and American authorities agreed to hold their highest-ranking Wehrmacht prisoners until some semblance of order could be restored to Germany.

edges
The collective of the top, fore and bottom edges of the text block of the book, being that part of the edges of the pages of a...[more]
plate
Full page illustration or photograph. Plates are printed separately from the text of the book, and bound in at production. I.e.,...[more]
rfep
The portion of the endpaper which is left loose after binding. The first loose page upon opening a book from the rear. It may be...[more]
inscribed
When a book is described as being inscribed, it indicates that a short note written by the author or a previous owner has...[more]
unopened
A state in which all or some of the pages of a book have not been separated from the adjacent pages, caused by a traditional...[more]
gilt
The decorative application of gold or gold coloring to a portion of a book on the spine, edges of the text block, or an inlay in...[more]
spine
The outer portion of a book which covers the actual binding. The spine usually faces outward when a book is placed on a shelf....[more]
half title
The blank front page which appears just prior to the title page, and typically contains only the title of the book, although, at...[more]
cracked
In reference to a hinge or a book's binding, means that the glue which holds the opposing leaves has allowed them to separate,...[more]