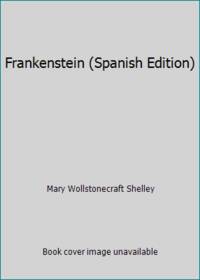 Porrua Editorial S.A. De C.V., 2009. Paperback. Acceptable. Disclaimer:A readable copy. All pages are intact, and the cover is intact. Pages can include considerable notes-in pen or highlighter-but the notes cannot obscure the text. At ThriftBooks, our motto is: Read More, Spend Less.Dust jacket quality is not guaranteed.

This 19th Century piece of classic science fiction literature has a fascinating history. Authored by Mary Shelley when she was just 19 years old, Frankenstein: or, The Modern Prometheus was first published anonymously in London in 1818 to mixed reception. Standard for British literature at the time, it was published in the traditional "three-volume" or "triple-decker" format. Mary Shelley is not credited as the author in the first edition, but there is a preface written by her husband, Percy Shelley, as well as a dedication to Mary's father, William Godwin. It was not until the second edition was published in 1822 that Mary Shelley was listed as the author. Rather unfortunately, later editions drop the subtitle "or, the Modern Prometheus". Shelley included the subtitle to illustrate the similarities between Dr. Frankenstein and the Greek god Prometheus, as Prometheus suffers great torment after creating man and deceiving Zeus by giving fire to humanity. Since only 500 first edition copies were printed, they are quite rare and very valuable. As with most classic first editions, Frankenstein: or, The Modern Prometheus only increases in value over time. In 2012, a one-of-a-kind first edition was found that was inscribed by Mary Shelley to Lord Byron, saying on the front flyleaf, "To Lord Byron from the Author". -

acceptable
A non-traditional book condition description that generally refers to a book in Good or Very Good condition, although no...[more]
jacket
Sometimes used as another term for dust jacket, a protective and often decorative wrapper, usually made of paper which wraps...[more]