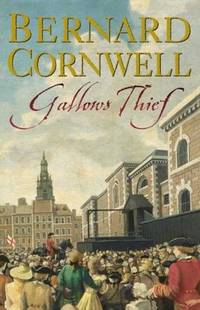 UK,8vo HB+dw/dj,1st edn.[Complete number line 1 3 5 7 9 8 6 4 2.] FINE/FINE.No owner inscrptn and no price-clip (£16.99) to dw/dj.Bright, crisp,clean,matt,wrap-around colour pictorial illustrated dw/dj by Chris Moore,with gilt,brown and white lettering; with negligible shelf-wear or creasing to edges and corners - no major nicks or tears present.Both head+foot of spine/backstrip minimally bumped with reciprocal creasing and book is lightly cocked.Top edges slightly aged/toned with some light grubbing/dust-soiing,fore-edges similar; contents bright,tight,clean,solid and sound - no dog-ear reading creases to any pages' corners,appears unread - apart from my own collation.Bright,crisp,clean,sharp-cornered, publisher's original plain maroon cloth boards with bright,crisp,stamped gilt letters to spine/backstrip and immaculate coloured street map illustrated endpapers.UK,8vo HB+dw/dj,1st edn,1-280pp [paginated] includes a prologue and 10 chapters,and a historical note at rear; plus [unpaginated] half-title+title pages and dedication. It is 1817 and the Old Bailey is one of London's busiest streets,for it is there,in front of Newgate Prison,that the crowds gather to watch the death throes of men and women on the gallows.Charles Corday,a portrait painter,has only seven days to live.He has been found guilty of murder,the murder of a Countess whom he was in the process of painting.He had been sentenced to hang.But political pressures make it expedient for the Home Office to confirm his guilt.The man appointed to carry out this investigation is Rider Sandman,whose qualifications for the job are non-existent.He was a soldier,he fought at Waterloo and he is famous as a cricketer,but now he is down on his luck.The offer of even a temporary post,promising a generous fee for not much effort,seems ideal. But when Rider Sandman begins his investigations,travelling from the stinking depths of Newgate to the perfumed drawing rooms of the aristocracy,he finds too much information that does not fit the verdict,and too many people determined to halt his activities.Sandman has a soldier's skills and he has remarkable,if unconventional,allies.But ranged against them is a cabal of some of the wealthiest and most ruthless men of Regency England.Sandman has a mere seven days to snatch an innocent man from the hungriest gallows of Europe.The hangman is waiting.It is a race against the noose. Want more Bernard CORNWELL titles? For similar and other titles, please search my MODERN FIRSTS,MODERN FIRSTS2 and SIGNED catalogues. Since April 2013,again in March 2015,and in this year too,the UK Post Office has altered it's Pricing in Proportion template,altering it's prices, weight allowances,dimensions and lowered it's qualifying compensation rates too!
So,please contact rpaxtonden@blueyonder.co.uk, for correct shipping/P+p quotes - particularly ALL overseas buyers - BEFORE ordering through the order page!

Gallows Thief (2001) is a mystery novel by Bernard Cornwell set in London in the year 1817, which uses capital punishment as its backdrop. Rider Sandman, a veteran of the Napoleonic Wars, is hired as an investigator as a formality to rubber-stamp the death sentence of a condemned murderer. Instead, he discovers a conspiracy to conceal the real killer. In the slang of the time, a “gallows thief,” (also a “crap prig”) is a person who prevents the hanging of an innocent person.

cocked
Refers to a state where the spine of a book is lightly "twisted" in such a way that the front and rear boards of a book do not...[more]
Cloth
"Cloth-bound" generally refers to a hardcover book with cloth covering the outside of the book covers. The cloth is stretched...[more]
gilt
The decorative application of gold or gold coloring to a portion of a book on the spine, edges of the text block, or an inlay in...[more]
crisp
A term often used to indicate a book's new-like condition. Indicates that the hinges are not loosened. A book described as crisp...[more]
number line
A series of numbers appearing on the copyright page of a book, where the lowest number generally indicates the printing of that...[more]
edges
The collective of the top, fore and bottom edges of the text block of the book, being that part of the edges of the pages of a...[more]