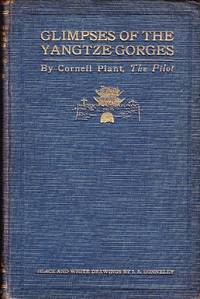 Glimpses of the Yangtze Gorges

Glimpses of the Yangtze Gorges

ffep
A common abbreviation for Front Free EndPaper. Generally, it is the first page of a book and is part of a single sheet that...[more]
vignette
A decorative design or illustration placed at the beginning or end of a ...[more]
tipped in
Tipped In is used to describe something which has been glued into a book. Tipped-in items can include photos, book plates,...[more]
gilt
The decorative application of gold or gold coloring to a portion of a book on the spine, edges of the text block, or an inlay in...[more]
octavo
Another of the terms referring to page or book size, octavo refers to a standard printer's sheet folded four times, producing...[more]
spine
The outer portion of a book which covers the actual binding. The spine usually faces outward when a book is placed on a shelf....[more]
Cloth
"Cloth-bound" generally refers to a hardcover book with cloth covering the outside of the book covers. The cloth is stretched...[more]