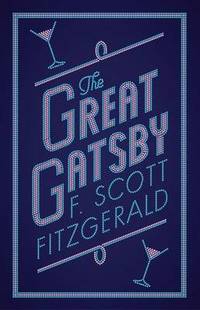 Paperback / softback. New. This edition of The Great Gatsby contains pictures and an extensive section on Fitzgerald's life and works.

Refunds or Returns: A full refund of the price paid will be given if returned within 30 days in undamaged condition. If the product is faulty, we may send a replacement.

Seller rating:
This seller has earned a 5 of 5 Stars rating from Biblio customers.
Biblio.com member since: 2018
Southport, Merseyside
Ask Seller a Question

About The Saint Bookstore