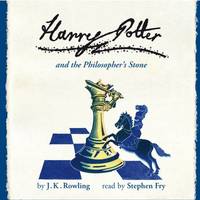 Harry Potter and the Philosopher's Stone

Harry Potter and the Philosopher's Stone

Seller rating:
This seller has earned a 5 of 5 Stars rating from Biblio customers.
Biblio.com member since: 2007
GORING BY SEA, West Sussex
Ask Seller a Question