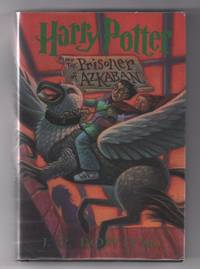 Read more: Identifying first editions of Harry Potter and the Prisoner of Azkaban

octavo
Another of the terms referring to page or book size, octavo refers to a standard printer's sheet folded four times, producing...[more]
jacket
Sometimes used as another term for dust jacket, a protective and often decorative wrapper, usually made of paper which wraps...[more]
book club edition
A generic term denoting a book which was produced or distributed by one of any number of book club organizations. Usually the...[more]
fine
A book in fine condition exhibits no flaws. A fine condition book closely approaches As New condition, but may lack the...[more]