Home Redwood Bookstore Harry Potter and the Prisoner of Azkaban 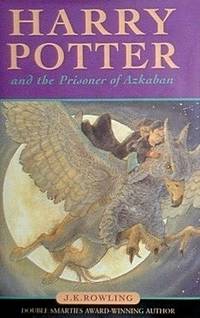 Read more: Identifying first editions of Harry Potter and the Prisoner of Azkaban

If you are unsatisfied with the condition of a book, please contact us immediately by email. We offer a 30 day return guarantee, with full refund including original shipping costs for up to 30 days after delivery if an item arrives misdescribed or damaged.

Seller rating:
This seller has earned a 5 of 5 Stars rating from Biblio customers.
Biblio.com member since: 2020
Ashford, Wicklow
Ask Seller a Question

We have a number of rare and out-of print books specialising in Celtic studies, particularly Irish language and history, as well as fine editions of texts relating to the Eighteenth Century.