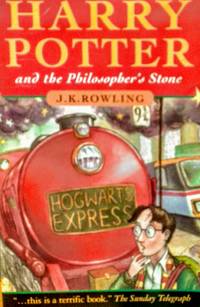 30 day return guarantee, ON MOST ORDERS,, with full refund including original shipping costs for up to 30 days after delivery if an item arrives misdescribed or damaged.

Seller rating:
This seller has earned a 5 of 5 Stars rating from Biblio customers.
Biblio.com member since: 2019
Markham, Ontario
Ask Seller a Question

RB BOOKS./ Specializing In Modern First Editions,Limited Editions,Rare,Used,Out Of Print books, .Also Childrens,,Golden Books,, Dr. Seuss, And J.K Rowling,,, I Am Always Honest About Condition And All Details OF Books Listed! Safe And Fast, Secure Packaging And Shipping WITH TRACKING NUMBER,.. ALL Sales Is Shipped As Soon As Possible!!, Always trying for Best Customer service!! IF Your Not Satisfied With Your Order You Are Eligible For A Refund With WITH MOST ORDERS ...30 Days Of The Delivery Date. Please Contact Us, Anytime, With Your Questions. We Will Respond As Soon As Possible!

First Edition
In book collecting, the first edition is the earliest published form of a book. A book may have more than one first edition in...[more]
Copyright page
The page in a book that describes the lineage of that book, typically including the book's author, publisher, date of...[more]