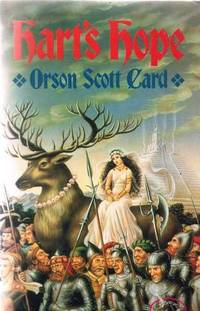 (You can add more at checkout.)
Item Price
$5.28
Or just $4.75 with a
Bibliophiles club membership
$12.02 Shipping to USA
Standard delivery: 7 to 40 days
More Shipping Options

Orson Scott Card is a winner of multiple Hugo and Nebula awards for short fiction and novels. His novel, Ender’s Game , is considered one of the classics of the genre and is currently being developed for film. Along with subsequent novels in the Ender’s series ( Speaker for the Dead, Xenocide, Children of the Mind , and Ender’s Shadow ), Card is also the author of the contemporary novels Lost Boys, Treasure Box, Homebody ; The Homecoming Saga, including The Memory of Earth, The Call of Earth, The Ships of Earth, Earthfall , and Earthborn ; an alternate history novel, Pastwatch: The Redemption of Christopher Columbus ; and the American fantasy series The Tales of Alvin Maker: Seventh Son, Red Prophet, Prentice Alvin, Alvin Journeyman , and Heartfire . A respected playwright, Card has seen a dozen of his plays produced in regional theater. He has also taught writing courses at several universities and workshops, including, most recently, a novel-writing course at Pepperdine. Card currently lives in Greensboro, North Carolina, with his wife and five children.

Seller rating:
This seller has earned a 5 of 5 Stars rating from Biblio customers.
Biblio.com member since 2007
GORING BY SEA, West Sussex
Ask Seller a Question

acceptable
A non-traditional book condition description that generally refers to a book in readable condition, although no standard exists... [More]