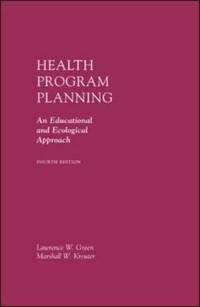 Lawrence W. Green served on the public health and medical faculties of UC Berkeley, Hopkins, Texas, British Columbia, and is currently at the University of California at San Francisco as Program Leader for the Social and Behavioral Sciences for the UCSF Comprehensive Cancer Center. He has been a Visiting Professor at Berkeley, Harvard, Emory, the University of Maryland at College Park, the University of Maastricht in the Netherlands, the Shanghai Medical University in China, Lansdowne Scholar at the University of Victoria in Canada, and Chancellor's Best Practices Scholar at the University of Newcastle in Australia. Dr. Green served the Carter Administration as the first Director of the Office of Health Information and Health Promotion, and the Clinton Administration as Acting Director of the Office of Smoking and Health at CDC. He retired in 2004 from CDC as Director of the Office of Science and Extramural Research. He received the highest awards of the American Public Health Association (Award of Excellence, the Mayhew Derryberry Award, and Distinguished Career Award), the American Academy of Health Behavior Research (first Research Laureate Medal), the International Union for Health Promotion and Education (the Doyen Jacques Perisot Medal), the American Association for Health Education (the Presidential Citation, the Scholar Award, and the Alliance Scholar), and the American School Health Association (Honorary Lifetime Fellow).

Dr. Kreuter is a public health consultant who focuses on the strategic planning, implementation, evaluation of community-based public health programs. In 2000, he retired as a Distinguished Scientist/Fellow at Centers for Disease Control and Prevention (CDC) in Atlanta where he served in several key leadership roles: as the Director of the Division of Health Education, as the first director of the Division of Chronic Disease Control and Community Intervention, and as Director of the Prevention Research Centers program. He and his co-workers at CDC refined the epidemiologic study of physical activity, initiated research and programs focused on the early detection of breast cancer, added a greater emphasis on school health, and created the Planned Approach to Community Health (PATCH) program. He holds Adjunct Professorships in the Rollins School of Public Health at Emory University in Atlanta, and in the School of Public Health at St. Louis University in St. Louis, Missouri. He is co-author, with Dr. Lawrence W. Green, of Health Planning: An Educational and Ecological Approach (4rd edition) and is principal author of: Community Health Promotion Ideas That Work 2e.

30 day return Guarantee, with full refund including original shipping costs for up to 30 days after delivery if an item arrives misdescribed or damaged.

Seller rating:
This seller has earned a 5 of 5 Stars rating from Biblio customers.
Biblio.com member since: 2016
GEORGETOWN
Ask Seller a Question

About The BookShelf Company

We are dealing in most of the New & Used Book for International Edition (IE) or Student Editions (SE) and used USA Academic Text Books.