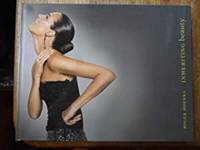 International fashion photographer Roger Moenks has captured some of the most famous faces in the world, from Paris Hilton to John Waters. His photography has been seen in campaigns for Ritz-Carlton, Pantone, JetBlue, Showtime, Isaac Mizrahi, Joss Stone, and Sony. A highly sought-after photographer in the fashion editorial world and a master of utilizing innovative and arresting lighting techniques, Moenks’ images have appeared in such prestigious publications as L’Officiel , GQ , Harper’s Bazaar , Flaunt , Interview , and Out . His books include The Class of Click (Stemmle, 1999), featuring the models of the legendary Click modeling agency, and Moving Still: A Life Performance (e-maprod, 2005), which showcases Moenks’ unique talent for the genre of black and white photography in moving form. William Norwich is a contributing editor for Vogue . He has been a columnist for the New York Daily News , The New York Post , and The New York Observer , and was the style and entertainment editor of The New York Times Magazine until 2004. He has also written for Vanity Fair and Tatler , and is the author of the children’s book Molly and the Magic Dress (Doubleday, 2002) and the novel Learning to Drive (Atlantic Monthly Press, 1996). He lives in New York. Christopher Tkaczyk is a journalist and playwright. As a staff reporter for Fortune magazine , he has researched wealth, interviewed Fortune 500 CEOs, and investigated corporate wrongdoing. His work has also appeared in People and The Advocate . He holds a degree in dramatic literature from the University of Michigan and lives in New York.

All books shipped promptly that day or next; tracking # provided on all orders. Refunds issued gladly in accordance with Biblio policies.

Seller rating:
This seller has earned a 5 of 5 Stars rating from Biblio customers.
Biblio.com member since 2006
La Mesa, California
Ask Seller a Question

crisp
A term often used to indicate a book's new-like condition. Indicates that the hinges are not loosened. A book described as crisp... [More]
tight
Used to mean that the binding of a book has not been overly loosened by frequent use.
jacket
Sometimes used as another term for dust jacket, a protective and often decorative wrapper, usually made of paper which wraps... [More]
New
A new book is a book previously not circulated to a buyer. Although a new book is typically free of any faults or defects,... [More]
First Edition
In book collecting, the first edition is the earliest published form of a book. A book may have more than one first edition in... [More]
fine
A book in fine condition exhibits no flaws. A fine condition book closely approaches As New condition, but may lack the... [More]