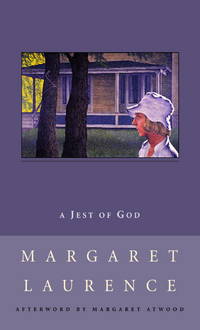 New Canadian Library. Mass Market Paperback. GOOD. Spine creases, wear to binding and pages from reading. May contain limited notes, underlining or highlighting that does affect the text. Possible ex library copy, will have the markings and stickers associated from the library. Accessories such as CD, codes, toys, may not be included.

Seller rating:
This seller has earned a 5 of 5 Stars rating from Biblio customers.
Biblio.com member since 2016
Toledo, Ohio
Ask Seller a Question

Our company was launched based on the fundamental belief that used books have value and should never go to waste. Prior to our founding, many of our staff worked in the thrift industry where we saw millions of books being sent to landfills each year. With each discarded book, we thought of the imagination, magic, and knowledge lost forever to a garbage heap and we endeavored to find a better way.

We think books should achieve their greatest possible purpose: Whether purchased by another reader, donated to help a child acquire the lifelong skill of literacy, or recycled as a new product, it has a story to tell. We let stories live on.

Mass Market
Mass market paperback books, or MMPBs, are printed for large audiences cheaply. This means that they are smaller, usually 4...
Spine
The outer portion of a book which covers the actual binding. The spine usually faces outward when a book is placed on a shelf....