Home Vancouver Bookseller THE LAST OF THE MOHICANS & THE SPY 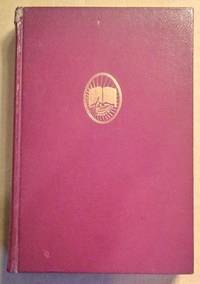 Bound in Burgundy leather with bright gold design and print on the spine and cover.

As you can see, there is a bump to the top of the spine; that will have to be masked. The cover has a couple of barely-noticeable marks.

Inside, the book is pristine. It has not been read; there are no marks of any kind in it/on the pages.

The Last of the Mohicans: A Narrative of 1757 is a historical novel written by James Fenimore Cooper in 1826.

It is the second book of the Leatherstocking Tales pentalogy and the best known to contemporary audiences. The Pathfinder, published 14 years later in 1840, is its sequel. The Last of the Mohicans is set in 1757, during the French and Indian War (the Seven Years' War), when France and Great Britain battled for control of North America. During this war, both the French and the British used Native American allies, but the French were particularly dependent, as they were outnumbered in the Northeast frontier areas by British colonists.

The novel has been one of the most popular English-language novels since its publication and is frequently assigned reading in American literature courses. It has been adapted numerous times and in many languages for films, TV movies and cartoons.

The Spy: a Tale of the Neutral Ground was Cooper's second novel, published in 1821. It was the earliest American novel to win wide and permanent fame and may be said to have begun the type of romance which dominated U.S. fiction for 30 years. It takes place during the American Revolution and is based on a spy who worked with John Jay.

NOTE: My quoted price for shipping OUTSIDE of North America is for surface mail without tracking. For other shipping options, please contact me.