Home Attic Books The Life of His Grace Arthur Duke, Marquis, and Earl of… 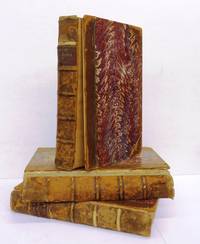 The Life of His Grace Arthur Duke, Marquis, and Earl of Wellington

The Life of His Grace Arthur Duke, Marquis, and Earl of Wellington

Title continues: "Viscount Wellington of Talavera and of Wellington, and Baron Douro of Wellesley, all in the County of Somerset, K. G. And Field Marshal of the British Forces; Marshal-General of the Portuguese, and Captain-General of the Spanish Armies; Commander-in-Chief of his Britannic Majesty's Forces serving in the Peninsula; also Grandee of the First Class in Spain, Duke of Ciudad Rodrigo, and Knight of the Golden Fleece, &c. &c. &c. And in Portugal Duke of Vittoria, Marquis of Torres Vedras, Conde De Vimiera, Knight Grand Cross of the Royal Military Order of the Tower and Sword, &c. &c. &c. With Copious Details and Delineations Historical, Political, and Military, of the Various Important Services In which he has been engaged in Flangers, India, Ireland, Denmark, Spain, Portugal, and France. Together with Civil and Political Illustrations of the Spanish Affairs, and of the Occurrences in Different Quarters of the Peninsula; And of the Recent Events in France: Thus crowning the Everlasting Monumental Pillar of British National Glory. Including Numerous Interesting Professional Anecdotes, Not only of His Brethren in Arms, but also of the Great Generals Opposed to Him in Various Parts of the World. Forming A Complete and General View of his Services, and of their Beneficial Consequences as to the Political Situation, and Honourable Character, of the British Nation." No publication dates. Frontispiece engravings dated 1814 (vols. I & III) and 1813 (vol. II).

Seller rating:
This seller has earned a 5 of 5 Stars rating from Biblio customers.
Biblio.com member since: 2011
London, Ontario
Ask Seller a Question

Attic Books is one of the premier retail locations for antiquarian and collectable books in Canada. We recently celebrated our thirtieth year in business. Please browse our select online stock on a wide range of subjects in books and paper collectables for the reader, scholar and the seasoned collector. Or come visit us in London, Ontario to enjoy the relaxed atmosphere of our three floor bookstore, enhanced by original tin ceilings, hardwood maple floors, and the arts & crafts faade of our century building.

edges
The collective of the top, fore and bottom edges of the text block of the book, being that part of the edges of the pages of a...[more]
spine
The outer portion of a book which covers the actual binding. The spine usually faces outward when a book is placed on a shelf....[more]
Marbled boards
...[more]
G
Good describes the average used and worn book that has all pages or leaves present. Any defects must be noted. (as defined...[more]