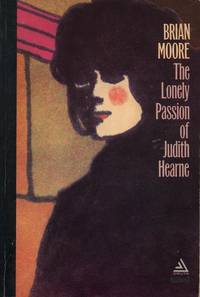 The Lonely Passion of Judith Hearne.

The Lonely Passion of Judith Hearne.

New York, NY Dell Publishing Co: Delta Trade Paperbacks, 1964. Paperback First Ed thus, later printing. Very Good+ in Wraps: shows indications of very light use: just a hint of wear to extremities; mild rubbing and faint toning to the wrapper covers; binding shows barely discernible lean, but remains perfectly secure; text clean. Remains close to 'As New'. NOT a Remainder, Book-Club, or Ex-Library. 8vo. 223pp. First Ed thus, later printing. Trade Paperback. The Northern Irishman Brian Moore wrote JUDITH HEARNE when he was only twenty-seven. The first of his novels to be published under his own name, it immediately made his name as a major writing talent. For years different directors and publishers wanted to bring the story to the screen and to the stage; it was finally made into a film in the late 1980s directed by Jack Clayton and starring Maggie Smith. THE LONELY PASSION OF JUDITH HEARNE (as Moore later re-titled it) is a character study of a plain and down-at-heels spinster living in her forties in Belfast near the middle of the twentieth century. We first meet Judy Hearne through her thoughts and those of the people who inhabit her boarding house: Moore was much influenced in this stage of his career by James Joyce, and we discretely move through the characters' thoughts as the narrative progresses. As it does so, we find out more about Judith that contradicts not only what she had told others but even herself in her private moments. Raised by a strict and financially comfortable aunt, whom she loved but who demanded Judith sacrifice everything to take care of her, she has ended up imprisoned in virtually in genteel poverty by history, by her family, by her Church, and her own pride; she is loved by no one, and has no hope of better prospects. We learn too in time that she is only now in a dry spell from the alcoholism she has developed in later life. A misunderstanding with her landlady's brutal but charming brother results in Judith's return to the bottle. The novel is cruelly constructed, perhaps in the way that only a younger writer of great talent would, so as to take almost everything away from Judith by the conspiracy of circumstance. Everything, down to her snobbish genteel pride and her simple faith. The narrative is shaped nearly like the stations of the Cross, with Judith undergoing in the work's second half a series of trials which threaten to take more and more away from her. Brian Moore spares Judith (and his readers) almost nothing, showing what life is like with no companionship, no mercy, no prospects, and no faith. I'll come back to it, because it is so beautifully crafted.

Brian Moore was born in Belfast, Northern Ireland, in 1921. He served with the Ministry of War in North Africa, Italy, and France during the Second World War. He emigrated to Canada in 1948 and worked as a newspaper reporter for the Montreal Gazette from 1948 until 1952. While living in Canada, Moore wrote his first three novels, The Lonely Passion of Judith Hearne , The Feast of Lupercal , and The Luck of Ginger Coffey , the first two set in Belfast, the third in Montreal. In 1959 he moved to the United States, but Canada continued to play a role in his later novels, including I Am Mary Dunne , The Great Victorian Collection , and Black Robe . His many honours included two Governor General’s Awards for Fiction. Brian Moore died in Malibu, California, in 1999. From the Paperback edition.

A.N.
The book is pristine and free of any defects, in the same condition as ...[more]
good+
A term used to denote a condition a slight grade better than Good.
rubbing
Abrasion or wear to the surface. Usually used in reference to a book's boards or dust-jacket.
trade paperback
Used to indicate any paperback book that is larger than a mass-market paperback and is often more similar in size to a hardcover...[more]
remainder
Book(s) which are sold at a very deep discount to alleviate publisher overstock. Often, though not always, they have a remainder...[more]