Shop Now
Home My Book Heaven The Lost Gospel of Judas Iscariot, a New Look at… 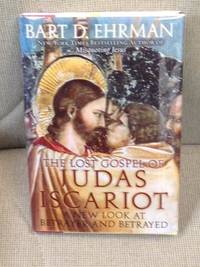 The Lost Gospel of Judas Iscariot, a New Look at Betrayer and Betrayed

The Lost Gospel of Judas Iscariot, a New Look at Betrayer and Betrayed

Oxford University Press, 2006. Near Fine book in a Near Fine dustjacket. First Edition.

Read more: Identifying first editions of The Lost Gospel of Judas Iscariot, a New Look at Betrayer and Betrayed

Any item purchased from us may be returned at any time for any reason.

Seller rating:
This seller has earned a 5 of 5 Stars rating from Biblio customers.
Biblio.com member since: 2005
Alameda, California
Ask Seller a Question

About My Book Heaven