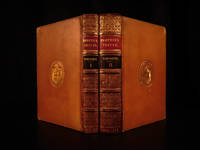 Sextus Pompeius Festus was a Latin grammarian who made an abridgment in 20 books, arranged alphabetically, of Marcus Verrius Flaccus' De significatu verborum ("On the Meaning of Words"), a work that is otherwise lost. A storehouse of antiquarian learning, it preserves by quotation the work of other authors that have not survived elsewhere. Festus gives the etymology as well as the meaning of many words, and his work throws considerable light on the language, mythology and antiquities of ancient Rome. The first half of Festus' work, too, is lost, but a further abridgment of it by Paul the Deacon in the 8th century survives. The Festus Lexicon Project has summed up Paul's epitome of Festus' De Verborum Significatu as follows:

The text, even in its present mutilated state, is an important source for scholars of Roman history. It is a treasury of historical, grammatical, legal and antiquarian learning, providing sometimes unique evidence for the culture, language, political, social and religious institutions, deities, laws, lost monuments, and topographical traditions of ancient Italy.

This edition is the collected works of Festus from the series 'Scriptores latini in usum Delphini.'

· Collation: Complete with all pages; 2 volumes

o William Wyndham Grenville, 1st Baron Grenville, PC, PC (Ire), FRS (1759-1834) was a British Pittite Tory and politician who served as Prime Minister of the United Kingdom from 1806 to 1807, though he was a supporter of the British Whig Party for the duration of the Napoleonic Wars.

o Grenville served as Chancellor of the University of Oxford from 1810 until his death in 1834.

Seller rating:
This seller has earned a 5 of 5 Stars rating from Biblio customers.
Biblio.com member since: 2018
COLUMBIA, Missouri
Ask Seller a Question

tight
Used to mean that the binding of a book has not been overly loosened by frequent use.
pc
Partially chipped (dustjacket)