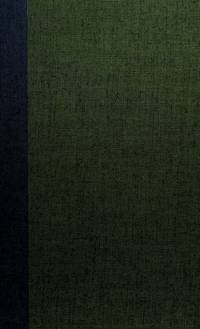 Machado De Assis: The Brazilian Master and His Novels

Machado De Assis: The Brazilian Master and His Novels

Berkeley. 1970. University Of California Press. 1st American Edition. Very Good in Dustjacket. ISBN:0520016084. 270 pages. hardcover. FROM THE PUBLISHER - Machado de Assis is among the most original creative minds in Brazil’s rich, four-century-long literary tradition. Miss Caldwell’s critical and biographical study explores Machado’s purpose, meaning, and artistic method in each of his nine novels, published between 1872 and 1908. She traces the ideas and recurrent themes, and identifies his affinities with other authors. In tracing Machado’s experimentation with narrative techniques, Miss Caldwell reveals the increasingly subtle use he made of point of view, sometimes indirect or reflected, sometimes multiple and ‘nested’ like Chinese boxes. Miss Caldwell shows the increasing sureness with which he individualized his characters, and how, in advance of his time, he developed action, not by realistic detail, but by the boldest use of allusion and symbol. Each novel is shown to be an artistic venture, and not in any sense a regurgitation from a sick soul as some critics have argued. In searching out the unity of his novels, Miss Caldwell explores the other aspects of Machado’s intellectual life - as poet, journalist, playwright, conversationalist, and academician. Of particular interest is her attention to his shift away from the social criticism of his early novels into the labyrinth of individual psychology in the last five - all of which rank among world literature. But this perceptive account never loses sight of the one element present in every piece of Machado’s fiction, in every one of his personages; that is, superlative comedy, in its whole range: wit, irony, satire, parody, burlesque, humor. Altogether, Miss Caldwell reveals to us a writer, in essence a poet, who is still the altus prosator of Brazilian letters. inventory #1946 ISBN: 0520016084.

All items subject to prior sale. Payment in U.S. dollars must accompany order. Payment methods accepted- Paypal or check. Any item may be returned for whatever reason within 10 days of receipt. California residents add 9.5 % sales tax. California dealers please include resale card and number in lieu of tax.

Seller rating:
This seller has earned a 2 of 5 Stars rating from Biblio customers.
Biblio.com member since: 2004
San Francisco, California
Ask Seller a Question

Zenosbooks.com is a secondhand and out-of-print Internet bookstore. While our stock is general, we specialize in Literature, Mysteries, Latin American Literature, African-American interest, and Translated Literature.