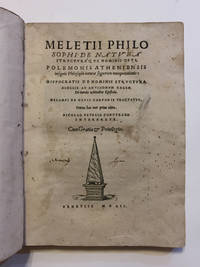 New
A new book is a book previously not circulated to a buyer. Although a new book is typically free of any faults or defects,...[more]
vellum
Vellum is a sheet of specialty prepared skin of lamb, calf, or goat kid used for binding a book or for printing and writing. ...[more]
First Edition
In book collecting, the first edition is the earliest published form of a book. A book may have more than one first edition in...[more]
verso
The page bound on the left side of a book, opposite to the recto page.
G
Good describes the average used and worn book that has all pages or leaves present. Any defects must be noted. (as defined...[more]
title page
A page at the front of a book which may contain the title of the book, any subtitles, the authors, contributors, editors, the...[more]
device
Especially for older books, a printer's device refers to an identifying mark, also sometimes called a printer's mark, on the...[more]