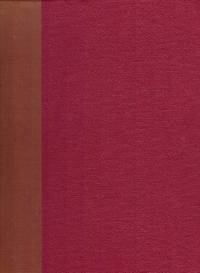 Memorials of Old Chelsea: a new history of the village of palaces. With numerous illustrations by the author.

Memorials of Old Chelsea: a new history of the village of palaces. With numerous illustrations by the author.

With Chelsea Provenance: from the library of Charles Douglas Medley of 11 Edith Grove Chelsea.

Charles was the son of Rev Edward Medley and Emily Grey Birrell. Nephew of Rev William Medley (the dedicator of this book) and Harriet Eliza Birrell. Emily and Harriet were sisters of the Right Hon. Augustine Birrell, M.P., Q.C. His son, (Charles) Robert Owen Medley was the artist (1905–1994), born on 19 December 1905 at 11 Edith Grove, London, the second child in the family of four sons and two daughters. His wife, Anne Gwendoline (Nancy), née Owen. The Medleys traced their roots to Yorkshire, and the Owens were a Welsh family who moved in the Holland Park circle around the Greek shipping family of Ionides.

inscribed
When a book is described as being inscribed, it indicates that a short note written by the author or a previous owner has...[more]
top edge gilt
Top edge gilt refers to the practice of applying gold or a gold-like finish to the top of the text block (the edges the...[more]
spine
The outer portion of a book which covers the actual binding. The spine usually faces outward when a book is placed on a shelf....[more]
edges
The collective of the top, fore and bottom edges of the text block of the book, being that part of the edges of the pages of a...[more]
A.N.
The book is pristine and free of any defects, in the same condition as ...[more]
quarto
The term quarto is used to describe a page or book size. A printed sheet is made with four pages of text on each side, and the...[more]