Home Paul Haynes Rare Books Narrative of a Ten Years Residence at Tripoli in Africa: from the original correspondence in the possession of… 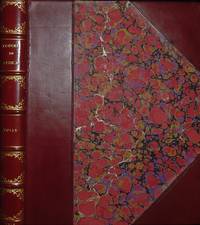 Narrative of a Ten Years Residence at Tripoli in Africa: from the original correspondence in the possession of the family of the Late Richard Tully, Esq. The British Consul.

Narrative of a Ten Years Residence at Tripoli in Africa: from the original correspondence in the possession of the family of the Late Richard Tully, Esq. The British Consul.: Comprising authentic memoirs and anecdotes of the Reigning Bashaw, his family, and other persons of distinction; also, an account of the domestic manners of the Moors, Arabs, and Turks. Illustrated with a map and several coloured plates.

Richard Tully was the British Consul at Tripoli from 1783 to 1793, and, according to the preface, these letters were written by his sister; and attributed to his sister-in-law in the second and third editions. The author's identity has always been a mystery: there is no record of a sister, nor of another female family member residing in Tripoli apart from Mr Tully's wife and two daughters. The final entry is dated April 30, 1795, Gibraltar. It reads: "Since you must have had my letters with the journal of Tripoli". Louisa Maria Tully (daughter of Richard Tully) married Alexander Simpson on 19 March 1795 in Gibraltar. Her sister, Anne, married Gaspar Gomez de la Serna Perez de Beas, having four children before his death in 1808, residing in Minorca. Both daughters were fluent in Arabic, both were intimate with the court of Tripoli, regarded as daughters of the Court. Mrs Tully may be discounted as the author as she is referred to in the third person. The first person author[s] are variably "we" or "I". I suggest that these letters were written by the Tully sisters.

Byron admitted his plagiarism of this work "by the way, much of the description of the furniture, in Canto Third, [of Don Juan] is Taken from Tully's Tripoli (pray note this). Remember I never meant to conceal this at all."

A.N.
The book is pristine and free of any defects, in the same condition as ...[more]
spine
The outer portion of a book which covers the actual binding. The spine usually faces outward when a book is placed on a shelf....[more]
gilt
The decorative application of gold or gold coloring to a portion of a book on the spine, edges of the text block, or an inlay in...[more]
calf
Calf or calf hide is a common form of leather binding.  Calf binding is naturally a light brown but there are ways to treat...[more]
New
A new book is a book previously not circulated to a buyer. Although a new book is typically free of any faults or defects,...[more]
Marbled boards
...[more]
title page
A page at the front of a book which may contain the title of the book, any subtitles, the authors, contributors, editors, the...[more]