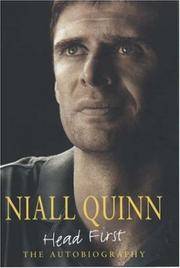 UK,8vo HB+dw/dj,1st edn.[Complete number line 10 - 1 descending.] FINE/FINE.No owner inscrptn and no price-clip (£17.99) to dw/dj.Bright, crisp,clean,matt,subject/author's portrait colour photographic illustrated front+rear panels of dw/dj,with gilt and white lettering; with negligible shelf-wear or creasing to edges and corners - no nicks or tears present. Both head+foot of dw/dj's spine/backstrip with miniscule bumping with reciprocal creasing to same.Top+fore-edges both slightly aged/toned with minimal,faint,sporadic foxing/spotting; contents bright,tight,clean, solid and sound - near pristine - no dog-ear reading creases to any pages' corners,appears unread - apart from my own collation.Bright, crisp,clean,sharp-cornered,publisher's original plain black cloth boards with bright,crisp,stamped gilt letters to spine/backstrip and immaculate plain maroon endpapers.UK,8vo HB+dw/dj,1st edn,1-310pp [paginated] includes a prologue,17 chapters and an epilogue,24pp contemporary autobiographical b/w+colour (the majority) photographs in 3 blocks of 8pp apiece,between pp86/7, pp150/1 and pp214/5 respectively,an index; plus [unpaginated] half-title+title pages,a dedication,contents list/table and acknowledgements.
Niall Quinn began his footballing life in a different time,a different place - an era of low wages,big strikers and terraced crowds.In nineteen years he has seen the game grow and change almost beyond recognition.
He was on his way to becoming legend in his favourite sport of hurling when Arsenal came and took him away to London.Against the odds he made it and retained something of himself along the way.He has experienced both the ups,includng two World Cups,and the downs - two career-threatening cruciate ligament injuries and near-fatal septicaemia. His happy-go-lucky approach to life disguises an iron resolve which kept his career alive through injury,criticism and setbacks.
After a long learning curve which featured hard drinking and disastrous gambling,he settled into a club and into a life which suited him when he moved to Sunderland AFC.He has remained there during the most radical transformation in the club's fortunes,the changes in his own career mirroring those at the Stadium of Light. In his autobiography he looks at what went on behind the scenes during Ireland's tumultuous 2002 World Cup campaign and talks about his own efforts at kick-starting a reconciliation when Roy Keane and Mick McCarthy went to war.As the man in the middle his account offers an extraordinary perspective on events in Saipan and beyond. In his long-awaited autobiography Niall Quinn opens the doors to the inner life of a footballer - the failings,the temptations,the adventures and the good times. Born in Dublin in 1966.He scored on his league debut for Arsenal, against Liverpool,in 1985 and made 67 league appearances for them before moving to Manchester City in March 1990 for £700.000.He left the club for Sunderland after scoring 66 league goals in 203 games.Thanks to the joint efforts of Sunderland and the Football Association of Ireland he was granted a charity game in May 2002,a mark of the respect in which he is held by both club and country.He has played 91 times for the Republic of Ireland since his debut in 1986,and in October 2001,on his 35th birthday,he became his country's all-time leading goalscorer. Since April 2013,again in March 2015,and in this year too,the UK Post Office has altered it's Pricing in Proportion template,altering it's prices, weight allowances,dimensions and lowered it's qualifying compensation rates too!
So,please contact rpaxtonden@blueyonder.co.uk ,for correct shipping/P+p quotes - particularly ALL overseas buyers - BEFORE ordering through the order page!

crisp
A term often used to indicate a book's new-like condition. Indicates that the hinges are not loosened. A book described as crisp...[more]
edges
The collective of the top, fore and bottom edges of the text block of the book, being that part of the edges of the pages of a...[more]
Cloth
"Cloth-bound" generally refers to a hardcover book with cloth covering the outside of the book covers. The cloth is stretched...[more]
number line
A series of numbers appearing on the copyright page of a book, where the lowest number generally indicates the printing of that...[more]
gilt
The decorative application of gold or gold coloring to a portion of a book on the spine, edges of the text block, or an inlay in...[more]