Home The Lawbook Exchange Ltd Officium Vicecomitum, The Office and Authority of the Sheriffs.. 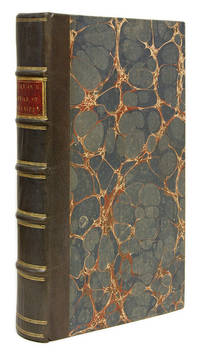 Officium Vicecomitum, The Office and Authority of the Sheriffs..

Officium Vicecomitum, The Office and Authority of the Sheriffs..

1682. The First English Treatise on Sheriffs Dalton, Michael [d.ca. 1648]. Officium Vicecomitum. The Office and Authority of Sheriffs: Gathered Out of the Statutes, And Books of the Common Laws of this Kingdom. To which is Added an Appendix or Supplement, Containing a Collection of the Statutes Touching Sheriffs made Since Mr. Dalton's Writing, Which are in Force and Use at this day; Also Several Special Returns of Writs, And the expositions, Judgments, And Resolutions of the Reverend and Learned Judges, In the Several Courts at Westminster; Upon Divers Statutes, Cases and Questions in Law Relating to Sheriffs; And Several Other New Matters. The Whole, Being a Work of Great Use and Profit, Not Only to the Students and Practitioners in the Law, But to All Other the Gentry of this Land, (On Whom the Burthen of this Office Lyeth) Especially to All Immediate High-Sheriffs and Under-Sheriffs. With a New and Copious Table, Wherein the Defects and Imperfections of the Old Table are Supplyed and Amended. The New Matter is Inserted Likewise in the Table, Under Their Proper Heads, And Have this Mark * Set Before Them. Purged from the Errors of All Former Impressions. London: Printed for the assigns of Richard Atkins, and Edward Atkins, 1682. [iv], 500; [4], 501-564, [28] pp. Two parts with continuous pagination. The second part, Vicecomitis Officio Supplementum... has separate title page, dated 1681. Folio (12-1/4" x 7-1/2"). Recent quarter calf over marbled boards, raised bands and retained contemporary lettering piece to spine, endpapers renewed. Moderate toning to text, somewhat heavier in places, occasional faint dampstaining, minor worming to upper margin of final 22 leaves of text, light soiling and edgewear to title page. A handsome copy. $650. * Fourth edition. First issued in 1623, Dalton's was the first English treatise on sheriffs. As its title suggests, it is a remarkably comprehensive work. Holdsworth, who cites it several times, says "in spite of a growing number of rivals, it continued to be a standard authority until the beginning of the eighteenth century." History of English Law IV:119. English Short-Title Catalogue R27852.

spine
The outer portion of a book which covers the actual binding. The spine usually faces outward when a book is placed on a shelf.... [More]
folio
A folio usually indicates a large book size of 15" in height or larger when used in the context of a book description.... [More]
Marbled boards
... [More]
New
A new book is a book previously not circulated to a buyer. Although a new book is typically free of any faults or defects,... [More]
raised band(s)
Raised bands refer to the ridges that protrude slightly from the spine on leather bound books.  The bands are created... [More]
calf
Calf or calf hide is a common form of leather binding.  Calf binding is naturally a light brown but there are ways to treat... [More]
leaves
Very generally, "leaves" refers to the pages of a book, as in the common phrase, "loose-leaf pages." A leaf is a single sheet... [More]
title page
A page at the front of a book which may contain the title of the book, any subtitles, the authors, contributors, editors, the... [More]