Home > ThriftBooks > The Old Man and The Sea, Book Cover May Vary 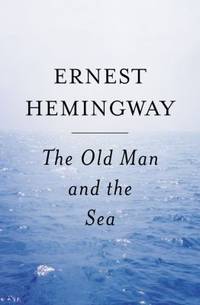 The Old Man and The Sea, Book Cover May Vary

The Old Man and The Sea, Book Cover May Vary

11 Copies Available from This Seller

Scribner, 1995. Paperback. Good. Disclaimer:A copy that has been read, but remains in clean condition. All pages are intact, and the cover is intact. The spine may show signs of wear. Pages can include limited notes and highlighting, and the copy can include previous owner inscriptions. At ThriftBooks, our motto is: Read More, Spend Less.Dust jacket quality is not guaranteed.

This novella, only 140 pages, was first printed in it's entirety in Life Magazine Sept 1st 1952, inspiring a buying frenzy selling over 5 million copies of the magazine in just 2 days. The story about an aging Cuban fisherman wrangling a large marlin in the gulf stream was written in 1951 in Cuba and published in 1952. In 1953 it won the Pulitzer Prize for Fiction and led to Hemingway's nomination for the Nobel Prize in Literature in 1954. Man's struggle against nature is the resounding theme throughout the book as Hemingway portrays Santiago's travails as an experienced fisherman facing a dry-spell of 85 days before finally wrangling a prized marlin. Hemingway also highlights the indomitable spirit of man while illustrating his ideal of manliness and character in the strong and determined fisherman facing danger and discomfort without complaint and with resolution, both in the days it takes Santiago to kill the marlin, and as he fights off the sharks that end up destroying his prized catch before he reaches the coast. Some say that Hemingway's tale is a reflection of his own determination to prove his writing career was not over, and the portrayal of the sharks may echo the critics who had been claiming for the ten years that his writing career, after the successful release of For Whom the Bell Tolls in 1940, was over. The book is dedicated "To Charlie Scribner And To Max Perkins," friends of Hemingway's that had passed away before the book came out. Max Perkins, who also edited F. Scott Fitzgerald and Thomas Wolfe, died in 1947 and Scribner, who was president of the publisher Charles Scribner's Sons, died in 1952. The last work published by Hemingway during his lifetime, signed first editions can sell upwards of $15,000 - $17,000.

Read more: Identifying first editions of The Old Man and The Sea, Book Cover May Vary

The Old Man and The Sea is an excellent novella for someone to read looking to get away from the troubles of life only to find that some troubles lead to the greatest reward of even though the reward is only a small amount.

Home > ThriftBooks > The Old Man and The Sea, Book Cover May Vary