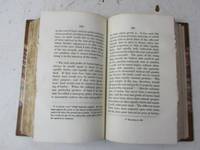 On the Principles of Political Economy and Taxation

On the Principles of Political Economy and Taxation

Provenance: engraved bookplate Briglands Perthshire home of J.A.Clyde, (1863-1944) advocate. He was Lord President from 1920 until 1935 with the title of Lord Clyde.

FIRST EDITION OF ONE OF THE MOST IMPORTANT WORKS IN ECONOMICS OF THE 19TH CENTURY. The fundamental groundwork of the Principles is based on the theory that given free competition in trade, the exchange value of commodities will be determined by the amount of labour expended in production. This thesis was reinforced by Ricardo's theory of distribution in which he argued that the demand for food determines the margin of cultivation; this margin determines rent; the amount necessary to maintain the labourer determines wages; the difference between the amount produced by a given quantity of labour determines profit. Ricardo was the principle founder of the classical school of economics. His main doctrines were expounded by his disciples James Mill and McCulloch and accepted by John Stuart Mill. David Ricardo's exact mathematical approach and deductive methods have influenced succeeding generations of economists, especially in the fields of currency and banking.

calf
Calf or calf hide is a common form of leather binding.  Calf binding is naturally a light brown but there are ways to treat... [More]
bookplate
Highly sought after by some collectors, a book plate is an inscribed or decorative device that identifies the owner, or former... [More]
Marbled boards
... [More]
errata
Errata: aka Errata Slip A piece of paper either laid in to the book correcting errors found in the printed text after being... [More]
raised band(s)
Raised bands refer to the ridges that protrude slightly from the spine on leather bound books.  The bands are created... [More]
edges
The collective of the top, fore and bottom edges of the text block of the book, being that part of the edges of the pages of a... [More]
morocco
Morocco is a style of leather book binding that is usually made with goatskin, as it is durable and easy to dye. (see also... [More]
spine
The outer portion of a book which covers the actual binding. The spine usually faces outward when a book is placed on a shelf.... [More]
gilt
The decorative application of gold or gold coloring to a portion of a book on the spine, edges of the text block, or an inlay in... [More]