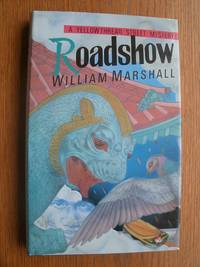 First US edition first printing of the tenth novel in the Harry Feiffer series. There is a shadow of a sticker scar from a...

Henry Holt & Co. Hardcover. GOOD. Spine creases, wear to binding and pages from reading. May contain limited notes, underlining or highlighting that does affect the text. Possible ex library copy, that’ll have the markings and stickers associated from the library. Accessories such as CD, code...
Item Price
$1.29

Holt & Company, Henry, 1985. Hardcover. Very Good. Disclaimer:A copy that has been read, but remains in excellent condition. Pages are intact and are not marred by notes or highlighting, but may contain a neat previous owner name. The spine remains undamaged. At ThriftBooks, our motto is: Read...
Item Price
$4.71

Holt & Company, Henry, 1985. Hardcover. Good. Disclaimer:A copy that has been read, but remains in clean condition. All pages are intact, and the cover is intact. The spine may show signs of wear. Pages can include limited notes and highlighting, and the copy can include previous owner inscript...
more
Item Price
$4.71

Henry Holt & Co. Used - Good. Ships from Reno, NV. Former Library book. Shows some signs of wear, and may have some markings on the inside. 100% Money Back Guarantee. Shipped to over one million happy customers. Your purchase benefits world literacy!
Item Price
$6.47

Henry Holt & Co. Used - Good. Shows some signs of wear, and may have some markings on the inside.
Item Price
$6.47