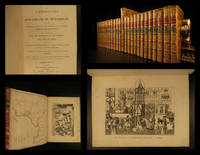 The 'Chronicles' of Jean Froissart have continually been perceived as an important work on medieval history for centuries, since its inception in the 14th-century. While some of the subjects covered are repetitive and insignificant, many topics are of utmost importance including famous battles, deaths of monarchs, and the Catholic Church Great Schism. According to Adams in the "Manual of Historical Literature,"

"Froissart might be called the great interviewer of the Middle Ages. The newspaper correspondent of modern times has scarcely surpassed this medieval collector of intelligence. He travelled extensively in the various countries of Europe; he conversed with gentlemen of rank everywhere; and he had the remarkable knack of persuading those about him to divulge all he wanted to know. He learned the details of battles from both sides and from every point of view. He delighted in the minutest affairs of every cavalry skirmish, of the capture of every castle, and of every brave action and gallant deed. He lived from 1337 to about 1410 and wrote chiefly of contemporaneous events. The 'Chronicles' are universally considered as the most vivid and faithful picture we have of events in the fourteenth century. As a picture of the most favorable side of chivalry, the work has no equal"

In 15th-century France, Enguerrand de Monstrelet began working on another collection of 'Chronicles', which were highly influenced by Froissart. Monstrelet's work deals with the second half of the Hundred Years' War and is considered valuable because of its accuracy and authentic sources.

This huge 1808, 25-volume set includes both Froissart and Monstrelet's 'Chronicles' along with an impressive illustrated atlas tome. These two sets were uniformly bound – an attractive display.

Seller rating:
This seller has earned a 4 of 5 Stars rating from Biblio customers.
Biblio.com member since 2018
COLUMBIA, Missouri
Ask Seller a Question

tight
Used to mean that the binding of a book has not been overly loosened by frequent use.
bookplate
Highly sought after by some collectors, a book plate is an inscribed or decorative device that identifies the owner, or former... [More]