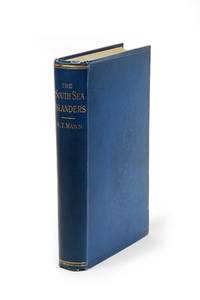 The South Sea Islanders and the Queensland Labour Trade

The South Sea Islanders and the Queensland Labour Trade

First edition of the author's only book. A lengthy, sometimes self-aggrandizing, attempt to justify the displacement of the "Kanakas" to work in the plantations of Northern Queensland, on the grounds that they were a "class of labourers better able to endure the climate than Europeans, as well as to work at a cheaper rate".

Wawn had been involved in the trade since its inception in 1875, after five years trading, salvaging and beach-combing among the islands of the western Pacific. Here, Wawn is complacent about the implications of the trade, as can be seen in his incendiary dedication to the pioneers and sugar-planters of Queensland, "Basely Betrayed, and Unscrupulously Sacrificed to the Greed of the Political Place-hunter and the Howling Ignorance which follows in his train...". Peter Corris has written of Wawn and his book: "Something of a misanthropist, Wawn was intensely critical of his fellow Europeans, and never concealed his disapproval of the manners of the Pacific islands people but he did not deny their intelligence and resourcefulness. His book, The South Sea Islanders and the Queensland Labour Trade, is a valuable, sensitive and subtle account of the nature of the trade" (ADB).

Wawn's original manuscript was lost on the wreck of the Quetta in 1890, forcing him to re-write and update the work as here. A mollifying preface by the editors is evidence of mounting political pressure in England regarding the trade; they comment that they have chosen to concentrate on the narrative and practical aspects of the work, deputing W. Delisle Hay with the task of editing the book for publication.

14 day return guarantee, with full refund including original shipping costs for up to 14 days after delivery if an item arrives misdescribed or damaged. For full terms please visit our website.

Hordern House, founded by Anne McCormick and Derek McDonnell in 1985 and named for our original building in Sydney's Potts Point, is an internationally renowned dealership, specialising in rare books, manuscripts and paintings.Nowadays we conduct our business in the heart of Surry Hills, five minutes from the centre of Sydney. We occupy an entire floor of a converted warehouse where we have created a customised environment for our work and the display of rare books, manuscripts & paintings.Always reflected in our extensive stock of rare and select material is our specialization in voyages and travels (with a special interest in the Pacific & Australia), natural history and colour-plate material, paintings and voyage art, historical maps and manuscripts.

Fine
A book in fine condition exhibits no flaws. A fine condition book closely approaches As New condition, but may lack the...
Cloth
"Cloth-bound" generally refers to a hardcover book with cloth covering the outside of the book covers. The cloth is stretched...
Bookplate
Highly sought after by some collectors, a book plate is an inscribed or decorative device that identifies the owner, or former...
Octavo
Another of the terms referring to page or book size, octavo refers to a standard printer's sheet folded four times, producing...
Gilt
The decorative application of gold or gold coloring to a portion of a book on the spine, edges of the text block, or an inlay in...
Spine
The outer portion of a book which covers the actual binding. The spine usually faces outward when a book is placed on a shelf....