Join us June 2–June 4, 2022 for our second virtual antiquarian book fair!
Preregister now for Biblio.live and get $10 to use at the fair.
Home The Franklin Bookstore Southern Historical Society Papers 52 Volumes 1990 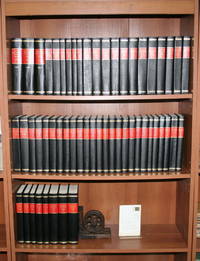 -- Consisting of 52 Volumes and a 3 Volume Index Total Volumes The ink had barely dried on the various surrender documents under which Southern armies laid down their arms when a new war between North and South broke out with real vehemence. This new war--called Civil War II by one Virginia writer--raged on paper as participants in the shooting war produced memoirs, narratives, and reams of apologia. For a full decade after 1865, war books and articles by Northerners outweighed those of Southerners by an enormous margin. As the South crept back from chaos to at least marginal economic health in the 1870s, Confederates of all ranks began to seek outlets for their side of the story. Many of them grumbled that Northern sources would not accept Southern accounts. During the first month of 1876, there appeared a new periodical which offered Southerners a forum for their recollections. That nascent effort of January 1876 was destined to survive for more than 80 years, during which the Southern Historical Society Papers generated 52 fat volumes containing more than 20,000 pages. They comprise the richest lode of Confederate source material gathered in anyone place.
The early years of the Southern Historical Society Papers concentrated on saving and publishing original manuscripts from the war. Many of these included official reports of battles in an era before the Official Records project began. Some of the official reports never did reach the Official Records, for one reason or another. General Samuel McGowan's report of the operations of his famed South Carolina brigade at Wilderness and Spotsylvania, for instance, appeared in Volume VI of the Papers. Volume XXXVI of the Official Records later reproduced the Spotsylvania report, but not that for Wilderness. To this day the only place to find McGowan's important document on May 5-6, 1864, is in the Southern Historical Society Papers. The Papers soon became an arena for a succession of interesting and important controversies over war subjects. By 1875, Northern canards about treatment of prisoners of war had gone unchecked for more than a decade; indeed, publication of sensational accounts on the subject had become a virtual cottage industry. While Southern responses on that unhappy subject probably did not convince any ardently opposed partisans, the Papers served as an outlet for much that is interesting and important about prisoners of war. An even more volatile controversy arose in the early issues of the Papers over the Battle of Gettysburg. Students of post-bellum Southern demeanor will not be surprised to hear that the most vitriolic material in the Papers about Gettysburg (and many other topics as well) was directed by Confederates against other Confederates. General Jubal A. Early served as standard bearer for one school of thought. On pages 64 and 65 of volume IV, Early admitted that his articles included some causticity of expression, which was provoked by the character of the articles I was replying to.â€ The Southern Historical Society Papers eventually published so great a body of primary material on Gettysburg that Dr. Douglas Southall Freeman declared: even the Official Records themselves did not supersed the Papers as a source on Confederate operations in the Pennsylvania campaign. Given the great mass and contemporary nature of the official published reports, Freeman,s tribute to the Gettysburg material in the Papers is noteworthy. The Papers went on from the initial outpouring on Gettysburg to print a mountain of invaluable material on every aspect of the war's military phases. The contents encompass such things as: a 150-page history of Lane's North Carolina Brigade by General James H. Lane himself; dozens of articles on Stonewall Jackson, among them pieces by that general's famous associates William Allan, Randolph Barton, Congressman A. R. Boteler, R. L. Dabney, J. A. Early, R. S. Ewell, A. W. Harman, Moses Drury Hoge, James L. Kemper, Hunter Holmes McGuire, T. T. Munford, and many others; a wonderful compendium of primary accounts of the Bloody Angle at Spotsylvania, and the only published account (by Colonel W. E. Cutshaw) of the May 18 assault on that battlefield; and unit rosters and capsule unit histories on companies, regiments, and brigades numbering into the hundreds. Most students of the Civil War particularly enjoy primary accounts by men who served in the field. The Southern Historical Society Papers offer hundreds of such narratives, some of them large enough to be published over a period of several months, but most of them on the order of 5,000 words. Many personal accounts focus on a particular battle or episode. Researchers relish not only the primary accounts but also the wealth of reference material. Volume XV, for example, contains a list of the men who surrendered with Lee at Appomattox. Unit rosters do not make exciting and diverting reading, but they supply the grist from which good history springs. The proceedings of the Confederate Congress, printed in Volumes XLIV through LII, constitute the inner workings of a short-lived nation struggling for its very existence. The Southern Historical Society Papers are, simply put, the most important single source for Confederate material ever published. Robert K. Krick, Chronicler of Robert E. Lee's Army Robert Krick worked for 31 years as the chief historian at Fredericksburg Spotsylvania National Military Park and is a renowned expert on the Army of Northern Virginia

Seller rating:
This seller has earned a 5 of 5 Stars rating from Biblio customers.
Biblio.com member since 2016
Humboldt, Tennessee
Ask Seller a Question

About The Franklin Bookstore

The Franklin Bookstore began in 1996 by Robert & Ruth Lynn in Humboldt, Tennessee. Retiring from the Navy and a business career and always a history buff, Robert and Ruth opened the business of selling and dealing with rare books, magazines and newspapers. Many items were acquired from other rare books dealers from across the country. The Franklin Bookstore continues with his offspring mindful to keep the high ethical business examples that Dad established. We feel honored to be associated with such a virtual history of the printed word, inherently beautiful and fascinating artifacts of our cultural past. Every item we offer is guaranteed to be absolutely genuine and as described. A large part of the inventory is periodicals that date from the Revolutionary War to World War II.

New
A new book is a book previously not circulated to a buyer. Although a new book is typically free of any faults or defects, "new"... [More]
fine
A book in fine condition exhibits no flaws. A fine condition book closely approaches As New condition, but may lack the... [More]