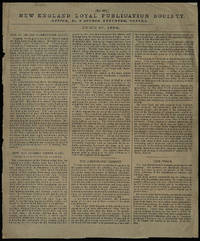 The Success of Black Troops At Petersburg, Virginia, Under Butler

The Success of Black Troops At Petersburg, Virginia, Under Butler

"They grinned and pushed on, and with a yell that told the southern chivalry their doom, [they] rolled irresistibly over and into the work."

A New York Tribune reporter praises the performance of the USCT: "I find that in my account of the assault upon the rebel works in front of Petersburg I hardly did the colored troops justice. As before stated, they held a position on the Jourdan Point road....They were first directed to assault the earthwork....the charge upon the advanced works was made in splendid style; and as the 'dusky warriors' stood shouting upon the parapet, Gen. Smith decided that 'they would do' and sent word for them to storm the first redoubt. Steadily these troops moved on, led by officers whose unostentatious bravery is worthy of emulation. With a shout and rousing cheers they dashed at the redoubt. Grape and canister were hurled at them by the infuriated rebels. They grinned and pushed on, and with a yell that told the southern chivalry their doom, rolled irresistibly over and into the work. The guns were speedily turned upon those of our 'misguided brethren' who forgot that 'discretion was the better part of valor.'

Another redoubt was carried in the same gallant style, and the negroes have established a reputation that they will surely maintain..."

With a discussion on using monies gathered from draft exemption payments to give bonuses when recruiting black troops in the South: "as the government will continue to receive exemption money, why should it not devote the sums which are likely to be thus gathered, to bounties, for soldiers, white or black, enlisting in the South. In that way the ranks could be kept full...."

With reports on how the Southern planter aristocracy hates Lincoln and Johnson as running mate because both rose through the ranks of the "common" people.

The Boston-based New England Loyal Publication Society (and the Loyal Publication Society of New York) was founded in 1863 to bolster public support by disseminating pro-Union news articles and editorials to newspapers around the country. At first, the two groups read newspapers to identify particularly useful articles and editorials and contact the editors to request that additional copies be printed. These items would then be distributed to Union soldiers or to newspapers. As the war progressed, the societies began to write and publish their own broadsides.

Very good. Tape (1 inch) on verso at horizontal fold, some water stains visible mostly from back. Better than it sounds!

30 day return guarantee, with full refund including shipping costs for up to 30 days after delivery if an item arrives misdescribed or damaged. Authenticity guaranteed for the life of the book or document.

New
A new book is a book previously not circulated to a buyer. Although a new book is typically free of any faults or defects,...[more]
rolled
rolled spine or spine rolled. Damage to a book created by pressure to the spine making it fold or crease in the cover. Damage...[more]
verso
The page bound on the left side of a book, opposite to the recto page.