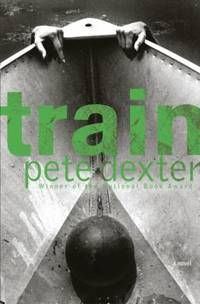 5 Copies Available from This Seller

Doubleday Religious Publishing Group, The, 2003. Hardcover. As New. Disclaimer:An apparently unread copy in perfect condition. Dust cover is intact; pages are clean and are not marred by notes or folds of any kind. At ThriftBooks, our motto is: Read More, Spend Less.Dust jacket quality is not guaranteed.

Los Angeles, 1953. Lionel Walk is a young black caddy at Brookline, the oldest, most exclusive country club in the city, where he is known by the nickname "Train." A troubled, keenly intelligent kid with no particular interest in his own prodigious talent for the game, he keeps his head down and his mouth shut as he navigates his way between the careless hostility of his "totes" and the explosive brutality of the other caddies.Miller Packard, a sergeant with the San Diego police department, first appears on the boy's horizon as a distracted gambler, bored with ordinary risks. Train names him the "Mile-Away Man" as they walk off the first tee, and even months later, when they have become partners of a sort and are winning high-stakes matches against golf hustlers all over the country, the Mile-Away Man is a puzzle to Train, remote and intimate, impulsive and thoughtful, often all at the same time.Packard is also a puzzle to Norah Still, the beautiful lone survivor of a terrifying yacht hijacking, who is both aroused and repulsed by his violent and detached manner at the crime scene. Packard himself feels no such ambiguity. He is unequivocally drawn to Norah -- and perhaps to what has happened to her -- and an odd, volatile triangle takes shape, Packard pulling the other two relentlessly into deeper water, away from what is safe. With his trademark economy of style, Dexter brings these characters to life in their most reckless, vulnerable moments, stripping away words and manners until all that is left is the basic human pulse.From the Hardcover edition.

New
A new book is a book previously not circulated to a buyer. Although a new book is typically free of any faults or defects,...[more]
jacket
Sometimes used as another term for dust jacket, a protective and often decorative wrapper, usually made of paper which wraps...[more]