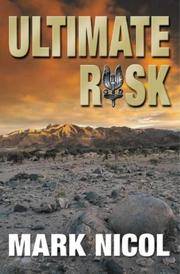 UK,8vo HB+dw/dj,1st edn.[Complete number line 1 3 5 7 9 8 6 4 2.] FINE/VG.No owner inscrptn and no price-clip (£18.99) to dw/dj.Bright, crisp,clean,glossy laminated,colour photographic illustrated front panel of dw/dj,with gilt and white lettering; with negligible shelf-wear and creasing to edges and corners - no major nicks or tears present.Top two corners of dw/dj minisculely rubbed with reciprocal loss.Fluid staining internally to top,rear corner and to bottom edges along part of front edge towards foot of spine/backstrip and approx half-way along the rear edge - only lightly affecting the boards beneath - and not visible externally.Top edges have a couple of smudge marks otherwise bright and clean,fore- edges bright and cleaner; contents bright,tight,clean,solid and sound - pristine - no dog-ear reading creases to any pages' corners,appears unread - apart from my own collation.Bright,crisp,clean,sharp-cornered, publisher's original plain black cloth boards with bright,crisp,stamped gilt letters to spine/backstrip and immaculate plain white endpapers.UK,8vo HB+ dw/dj,1st edn,xiv-xvipp+2-304pp [paginated] includes author's introduction,17 chapters,8pp contemporary colour photographs in 1 block,between pp144/5,a glossary of terms,notes,a bibliography and an index; plus [unpaginated] half-title+title pages,acknowledgements, separate contents and illustrations lists/tables,and the Regimental Collect. In November 2001,in the biggest and most destructive mission in recent SAS history,half of the world's most elite regiment took on al Qaeda's crack forces in Afghanistan.This is the first-hand account of that battle, drawing on the memories of the men who fought in it. The target was a £50 million opium storage plant,which doubled as an al Qaeda local command centre,in Helmand province.The mission had three objectives: to kill as many terrorists as possible; to collect enemy intelligence; and to destroy the opium,the main source of income for the Taliban regime. The SAS had been waiting to go into action since 11 September,following the attack on the World Trade Center. Yet for the first time in SAS history,the regiment's soldiers were nervous: many of their number were battle virgins and the few old guard were unsure as to how these untried young men would fare in what was to be one of the most dangerous missions the SAS had ever undertaken.It involved a perilous advance to contact across open ground and yet there had been no time for CTRs (Close Target Reccies).Neither was there any real support from US forces,who thought the mission was too risky and provided just one hour's 'top cover' - protection from US Navy fighter jets -to assist in the attack.It culminated in a four-hour close-quarter fight,leaving many enemy dead and yet,as the soldiers reveal,only a miracle prevented the biggest loss of life in SAS history.Gripping,vivid and utterly compelling, 'Ultimate Risk' is a story of extraordinary courage in the face of nigh-on impossible odds. Since April 2013,again in March 2015,and in this year too,the UK Post Office has altered it's Pricing in Proportion template,altering it's prices, weight allowances,dimensions and lowered it's qualifying compensation rates too! So,please contact rpaxtonden@blueyonder.co.uk ,for correct shipping/P+p quotes - particularly ALL overseas buyers - BEFORE ordering through the order page!

crisp
A term often used to indicate a book's new-like condition. Indicates that the hinges are not loosened. A book described as crisp...[more]
Cloth
"Cloth-bound" generally refers to a hardcover book with cloth covering the outside of the book covers. The cloth is stretched...[more]
edges
The collective of the top, fore and bottom edges of the text block of the book, being that part of the edges of the pages of a...[more]
number line
A series of numbers appearing on the copyright page of a book, where the lowest number generally indicates the printing of that...[more]
gilt
The decorative application of gold or gold coloring to a portion of a book on the spine, edges of the text block, or an inlay in...[more]