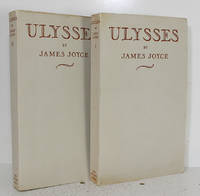 Postage, packing and insurance are extra at cost. Books may be returned within ten days of receipt if found to be not as described, providing the books are returned adequately packaged and in the same condition as received. I recommend that all returned books are sent by a tracked and signed for postal service as any losses or damage during transit are the responsibility of the sender. Postage return refunds will be at the same postal price as when shipped. Please notify us prior to returning any books. Books remain the property of Lasting Words Ltd until payment is received in full. Lasting Words Limited cannot be held responsible if an item is delayed during transit. Lasting Words Ltd will do their uptmost to find your order as quickly as possible. By purchasing this book you waive your right to claim any losses incurred due to the delay in receiving this book. Please contact Lasting Words at 01604 721644 or 07938 055793. E Mail lastingwords@btconnect.com

Seller rating:
This seller has earned a 5 of 5 Stars rating from Biblio customers.
Biblio.com member since: 2019
Northampton, Northamptonshire
Ask Seller a Question

Lasting Words Limited are professional antiquarian booksellers. We are members of the PBFA and have been retailing books for over twenty years. We sell all types of books with a specialization in literature fiction., children's books, illustrated books and crime fiction. If you require any particular book then with our worldwide contacts we will endeavour to find your wants. We offer a full insurance, cataloguing and valuation service for single books to complete libraries. We also purchase quality books and will offer a fair market value for any offered. We always welcome direct contact with our customers.

12mo
A duodecimo is a book approximately 7 by 4.5 inches in size, or similar in size to a contemporary mass market paperback....[more]
First Edition
In book collecting, the first edition is the earliest published form of a book. A book may have more than one first edition in...[more]
rubbing
Abrasion or wear to the surface. Usually used in reference to a book's boards or dust-jacket.
New
A new book is a book previously not circulated to a buyer. Although a new book is typically free of any faults or defects,...[more]
spine
The outer portion of a book which covers the actual binding. The spine usually faces outward when a book is placed on a shelf....[more]