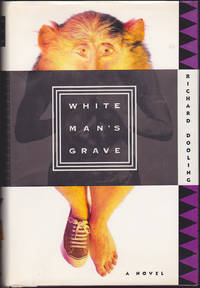 An autobiographical novel dressed as fiction because anybody who has not lived in Sierra Leone could not believe that these events actually happened. If you were a Peace Corps Volunteer in Sierra Leone in the 1980s, you may recognize the main characters. A finalist for the 1994 National Book Award for Fiction.

Michael Killigan, a Peace Corps Volunteer in Sierra Leone, is missing. The search for him is launched separately by his father, Randall, a master-of-the-universe and warlord of the Indianapolis bankruptcy courts. and Michael's best friend, Boone Westfall. Once in Freetown, Boone falls in with Sam Lewis, an unscrupulous volunteer who's fed up with Sierra Leone. Lewis leads Boone into the bush and turns him over to Aruna Sisay, "the white Mende man," a fallen anthropologist who's sworn off the rigors of fieldwork. Back in America, Randall receives an ominous bundle of black rags from Sierra Leone and starts to experience terrifying sleep disorders. A raving hypochondriac, he bankrolls a search for his son, while seeking a medical explanation for his nocturnal hallucinations. Meanwhile. Liberian rebels are crossing the border in the south of Sierra Leone, elections are erupting into riots, and the countryside is ruled by warring secret societies of leopard and baboon men which still practice witchcraft and human sacrifice to win political power. But where's Michael? To find Killigan. Boone must negotiate witches and witch-finders, disgruntled ancestors and bush devils, bad medicine and "shapeshifters" who roam about in the guise of animals. And Randall learns that the bundle of rags may have transformed itself into a spirit and "entered" him, causing supernatural disturbances. Both begin by wondering if witchcraft is "true" and conclude that if it "works," it may as well be. An exuberantly funny satire in which litigation, modern medicine, and the insurance business begin to look a lot like traditional witchcraft.

fine
A book in fine condition exhibits no flaws. A fine condition book closely approaches As New condition, but may lack the...[more]
jacket
Sometimes used as another term for dust jacket, a protective and often decorative wrapper, usually made of paper which wraps...[more]
rubbing
Abrasion or wear to the surface. Usually used in reference to a book's boards or dust-jacket.
tight
Used to mean that the binding of a book has not been overly loosened by frequent use.
remainder mark
Usually an ink marking of some sort which indicates that the book was designated a remainder. In most cases, it can be found on...[more]
tail
The heel of the spine.
spine
The outer portion of a book which covers the actual binding. The spine usually faces outward when a book is placed on a shelf....[more]
First Edition
In book collecting, the first edition is the earliest published form of a book. A book may have more than one first edition in...[more]