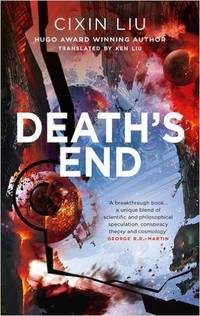 Description:
Head of Zeus. UK Airports. Paperback. Used; Good. **Simply Brit** Shipped with Premium postal service within 24 hours from the UK with impressive delivery time. We have dispatched from our book depository; items of good condition to over ten million satisfied customers worldwide. We are committed to providing you with reliable and efficient service at all times. 04/07/2016
Item Price
$16.75
$8.85 shipping to USA 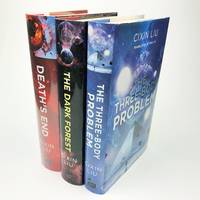 Description:
Head of Zeus. All three volumes are first UK editions and first prints published by Head of Zeus. The set overall is in near fine condition. The Three-Body Problem (2015) and The Dark Forest (2015) has the tiniest of wear to the top of the spine and to the corner tips. Death's End (2016) is in particularly nice as new condition. All 3 volumes are not price clipped and there is no previous owner's wear or ink. Overall a near fine set.  Remembrance of Earth's Past is a science fiction trilogy by the Chinese writer Liu Cixin, but readers generally refer to the series by the title of its first novel, The Three Body Problem. The first volume was the first Asian novel ever to win a Hugo Award for Best Novel, in 2015 and was nominated for the 2014 Nebula Award for Best Novel.  . Near Fine. Hardcover. 1st Edition. 1st Printing. 2015.
Item Price
$570.51
$21.54 shipping to USA