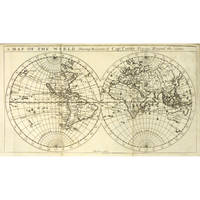 Description:
London H.M. for B. Lintot & R. Gosling, 1712, 8vo [200 x 120mm], contemporary panelled calf gilt, rebacked, 24], 456, [12] pp. with 16 engraved plates and 4 folding maps including a map of the world, some folding, a fine copy. First and Best Edition of this famous Buccaneering Voyage.
A consortium of prominent citizens of Bristol, England's second largest port in 1708, purchased two ships: the 320 tons, 30 guns ' Duke' and the 260 tons, 26 guns ' Duchess'. This work by Edward Cooke is one of two published simultaneously, describing their pursuit for Spanish gold with William Dampier in his third and final circumnavigation of the world, acting as pilot to the voyage. They captured the Spanish Treasure Galleon Nuestra Senora de la Encarnacion Disengano carrying a hold of gold and jewels. They brought the treasure back to Bristol amid huge celebrations and national interest.
Cooke was second Captain of the Duchess, part of the buccaneering expedition of Capt.Woodes Rogers circumnavigating the globe,… Read More
Item Price
$6,300.00
$11.28 shipping to USA 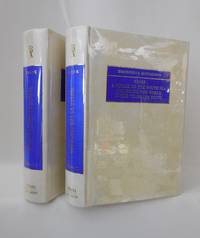 Description:
Amsterdam/ New York: N. Israel/Da Capo Press . Bibliotheca Australiana #51 Two Volumes,Vol1 1: 432 plus index. Vol 2: 328 plus index. Books is 8.50 inches in height by 5.75 inches in width, 347 pages plus appendix, all plates, charts and maps present, As New Never Read, No previous owner bookplate or writing, simulated vellum with blue and gilt titles to front board and spine, clear mylar cover is as new, facsimile reprint of the First Edition printed by H.M. for B. Lintot and R. Gosling, A. Bettesworth and W. Innys, Most presentable Two volume set of this important voyage. . As New. Hardcover. Reprint. 1969.
Item Price
$60.00
$6.00 shipping to USA 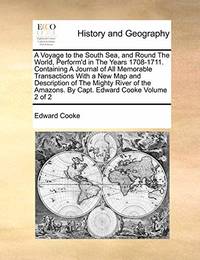 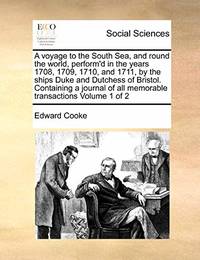