Artifacts Vintage Books sells vintage and rare books, specializing in children's books. We have a very large selection of Little Golden Books and Dr. Seuss books. We also have an interesting collection of Bibles and other religious books. Not all books available are listed here, so please ask!

The author specializes in economic subjects having to do with inequality, downsizing, government problems, and inflation. Professor Sill is retired from both corporate and teaching.

Berthoff Books sells books previously owned by the late Warner B. Berthoff, Professor of English and American Literature, emeritus, at Harvard University, and members of his family. Some books contain marginalia by Warner Berthoff, Prof. Ann E. Berthoff (emerita, U. Mass-Boston, English composition and rhetoric), or others, which we aim to describe accurately. Our inventory features English and American fiction and poetry, 20th-century literary criticism, world literature, history, and philosophy. Other categories are history and politics of Australia, Asia, South Africa and the Middle East; intelligence agencies and gnostic beliefs; Russian literature and criticism; and Russian and Soviet history.

For more than 30 years, our warehouse has served as a temporary stop for hundreds of thousands of books.

Books With A Past

Books With A Past is a brick-and-mortar, new and used independent bookstore in Howard County, MD. We have over 20,000 volumes!

Brooke Estate Gallery offers a collection of rare and collectible books consigned from private estates, and from select finds at auctions and flea markets in the greater Washington, D.C. metropolitan area.

Small-scale processor of donations to local Friends of the Library group.

Buckingham Books specializes in new, used and rare books dealing with Mystery and Western Americana. Books in the mystery field include not only Mystery, but also Detective, Espionage, and Adventure Fiction. Our Western Americana Section offers books about the development of the American West. All books in our inventory are First Editions unless clearly stated otherwise.

Our focus is science, technology, art and architecture.

Clayton Fine Books is an online business only. The bulk of our stock is concentrated in literature, art history and Americana. Substantial quantities of back issues magazines and historical newspapers.

Dobler Book Co. circulates and re-circulates all manner of new and used books with an emphasis on scholarly texts. We serve students in need of obscure research to complete their studies; writers in need of resources from the past to better tell the stories of the present; initiates in need of guidance as they advance on their paths towards enlightenment; readers in need of literature for entertainment and escapism; and collectors in need of original documents for their personal libraries.-- A. Dobler, Bookseller

We sell Rare, out-of-print, uncommon, & used BOOKS, PRINTS, MAPS, DOCUMENTS, AND EPHEMERA. We do not sell ebooks, print on demand, or other reproduced materials. Each item you see here is individually described and imaged. We welcome further inquiries, but prefer email rather than phone calls.

We specialize in serious nonfiction--particularly biography, history, and religion--and other interesting books as fate may provide. Inquiries welcome.

Person Collector of books and ephemera

A private collector with over three thousand quality used books. Many books are quite old and cover many topics, particularly history and related social sciences. Included is a large collection of early and mid 20th century books on the history of the labor movement and socialist party in the United States. After a lifetime of collecting, looking for good homes for these prized editions.

We have been selling books in Persian (Farsi/Dari) and books about Iran since 1979.

I also have the ability to send a secure link to pay by Square if that is what you wish to do. Please contact me and I can send the invoice by email of your choosing. Thank you. 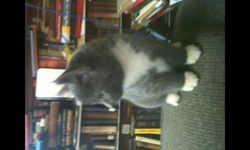 On-line sales, offering a select stock of books with concentrations in theater, poetry, fiction, lit crit, history, and fantasy. I have been selling new, remaindered, and used books at various venues since 1986.

Lorne Bair Rare Books specializes in books, mansuscripts, and printed ephemera relating to American Social History, with an emphasis on radical and utopian movements of the 18th, 19th, and 20th centuries. We are available in our showroom by appointment, at shows, and on-line through various booksellers' sites or at our website www.lornebair.com.

Marbus Farm is a generalist bookseller that lists books in all subjects.

Maryland Bargain Books takes prides in offering high quality books at low prices. They include many first editions (some signed) with an emphasis on literature (both popular and classics), a variety of magazines dating back to the nineteenth century, biography, fine arts, and history.

Midnight Books specializes in hard-to-find books in high demand by collectors. This includes (but is not limited to) vintage and antiquarian titles, signed first editions and scarce ephemera. All books offered come with an unconditional, lifetime guarantee of authenticity.

We sell only through 0n-line venues. Our Ebay rating is 100% positive with over 2000 sales. 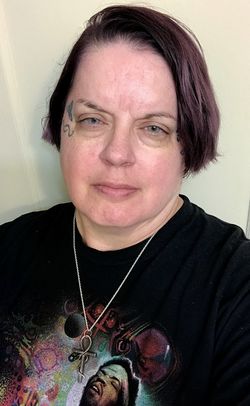 Out of this World Books

I specialize in rare/out of print books - scifi, fantasy, horror, mystery, and classics. Every item has a photo; story lists are available for all anthologies. I also have a small collection of textbooks, self-help and religious books.

I'm an autodidact who collects books across multiple disciplines. Many of the books I sell are flipped through just once for me to scan for updated content in newer editions before going back on the market again.

Quill & Brush was established in 1976 by Allen & Patricia Ahearn, the authors of the well-respected reference for booksellers and collectors, Collected Books: The Guide to Identification and Values.At present the Quill & Brush is run by the Ahearns' eldest daughter, Beth Fisher. Allen is semi-retired but continues to buy, sell, and perform professional appraisals.

River in the Sky 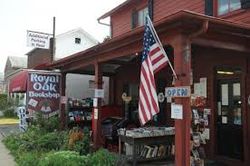 We opened Royal Oak Bookshop in 1975 in the first two rooms of the old house and soon added room three to the retail space. We later added the one-level masonry building next door by joining the two buildings at the rear. The last expansion added 22 feet to the masonry sections. We are expanding our ever growing e-commerce part of the buisness.

RW Books was established in 1993 as a brick and mortar store. In 2005 we converted to an internet only store and moved to Strasburg, VA. We currently carry a carefully selected inventory of about 4500 books.

Just a simple book collector, looking to sell a collection of signed books.

Sequitur Books is an independent academic bookstore. We pride ourselves on a thought provoking selection, with extensive collections in philosophy, history, social science, African studies, Near Eastern studies, and physical science. Our motto, "For every person, a good book!"

Established in 1992, we are family owned and operated. We strive to provide excellent customer service and our inventory is hand picked for the best quality and subject matter. Our diverse inventory of used, rare and out of print books, as well as ephemera, covers most areas of interest and favors more the uncommon or unusual titles.

I am a personal seller trying to move books I no longer wish to hold onto.

We use proceeds from book sales to subsidize donations of thousands of books to schools and libraries in the Philippines. These are distributed through the efforts of several Philippines charitable organizations in the DC area. We have sold on Amazon for over a decade with very high feedback rating.

Winedina Solutions is an online retailer that sells new, used, and rare literary collectibles. We collect and sell all genres of books with no particular emphasis on any genre.

We are a primarily a seller of academic and scholarly books in the social sciences, science and technical fields, but also carry many titles of general interest.

Search within Open Bookstores within 50 miles of 25402